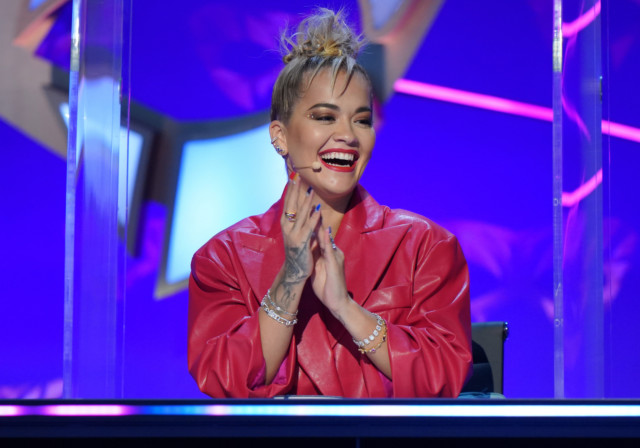 RITA Ora will miss ITV’s new series The Masked Dancer – with Oti Mabuse tipped to take her place on the judging panel.

The pop star’s busy schedule left her unavailable to film the show after she left the UK for The Voice Australia.

Though the timings didn’t work out for Rita, ITV bosses hope Strictly’s reigning champion professional dancer Oti, 30, will agree to sign up.

A source told The Mirror: “With her dance experience and popularity with audiences, she’d be perfect for The Masked Dancer. It comes after Rita hit back at mean keyboard warriors last week who slammed the clothes she and Davina McCall wear on The Masked Singer.

In an exclusive interview with HOAR ahead of the semi-final the trend-setting star said they could not care less about the abuse.

Trolls called her pal Davina, 53, an “old” woman who “should cover up” while singer Rita has also seen some of her style choices criticised. The pop star is busy filming The Voice Australia

But hitting back at the trolls, Rita said: “I really think style is a totally personal thing — if someone doesn’t like something I wear, they don’t have to, that’s totally fine.

“What’s important is I just need to feel confident about me and how I feel — that’s all that matters to me with my style.”

ITV chiefs have been overjoyed with the runaway success of The Masked Singer, which gets more than eight million viewers every week.

Sony hints that PS5 could be revealed THIS month in plot to beat Xbox...

Can you spend Elon Musk’s $166billion fortune in 30 seconds? Try your best with...