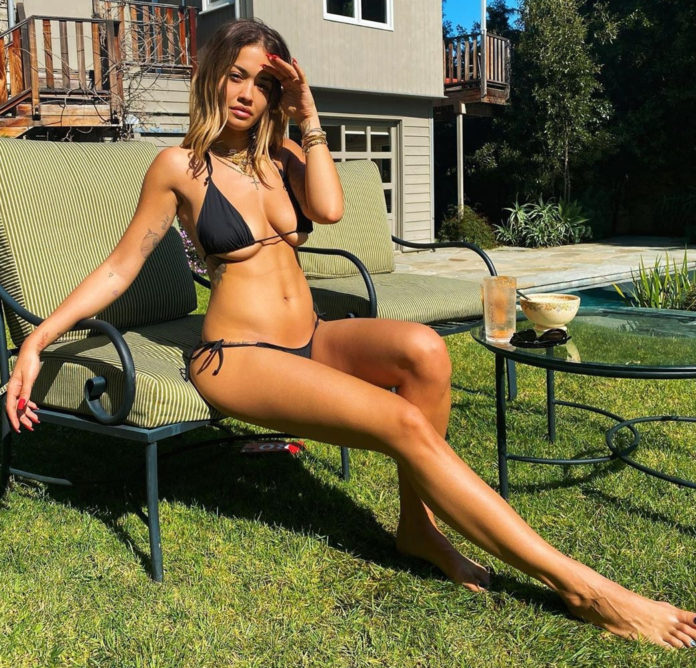 A BIT of downtime is doing Rita Ora no harm at all.

The singer, who is in Los Angeles recovering from a having her tonsils out, has been spending her time off soaking up the sun and posing for photos like this.

She posted this sexy snap in a black bikini on Instagram as she relaxed with her pals.

She has also used the time to add to her extensive tattoo collection.

On Sunday she visited ink guru Winter Stone, a favourite of stars including Lady Gaga, Miley Cyrus and Joe Jonas, and came out with a tiny moon on her arm and a small cross on her hand.

She will be back at work next month when her Phoenix tour resumes in South America, before she returns to the UK to play at British Summer Time in central Londons Hyde Park on July 4.

Recently the 29-year-old starwas asked how she would spend the day if she was anonymous and replied that she would walk around the streets and visit cute cafes because she can’t currently do that.

She said: “I’m going to be boring and say something really simple. Id love to go shopping down Portobello Road with my sister and mum.

“Grab coffee and cake in a cute little cafe and have a wander around the streets. Its been a little while since Ive been able to do that and I can’t think of a better way to spend a day.”

Rita was one of the members of the celebrity panel on bizarre game show The Masked Singer, alongsideJonathan Ross,Davina McCalland The Hangover starKen Jeong.

Hosted by I’m A Celeb: Extra Camp’sJoel Dommett, it saw stars performing in elaborate costumes while the panel guess at their identities. Girls Aloud star Nicola Roberts won the show on Saturday.

Meghan Markle news: Duchess sued $75k by half-sister for ‘lying about childhood’ when she...

Emmerdale spoilers: April Windsor terrified as her troll is revealed as they torment her...