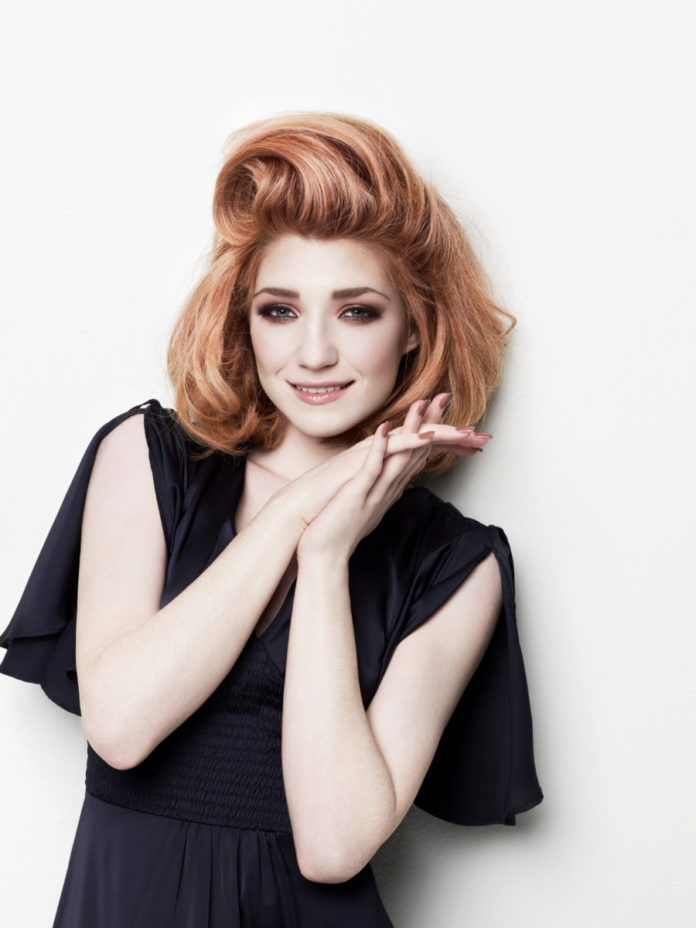 They spotted it was Nicola Roberts hidden by the costume on the runaway Saturday night telly hit of the year and she had to fib to keep the secret.

Almost eight million viewers saw the 34-year-old singer unveiled as winner of the wacky ITV talent show at the weekend.

I responded, No its not. I havent even seen the advert. Luckily she bought it.

But then, when the first episode came on, both she and Kimberley called me and said, I dont know how you think you can lie to us, we know its you, but I kept denying it.

Of course, they were the only ones who could recognise my voice, as we were in each others pockets for so long.

Bursting into song randomly in a dressing room, obviously we know each others tone and we have to harmonise with each other. We had to do so many records together so we know how each of the others sound.

The show gave Nicola a chance to showcase her solo vocal talent for once, and she says: Girls Aloud had a style of music, so you come together and work as a group.

On the show it was refreshing for me to be able to sing a Lewis Capaldi or an Alicia Keys ballad.

Nicola says: I didnt feel nervous about the singing or the song choices, I actually felt quite relaxed.

When you have the mask on, youre not worried about how you look, hair and make-up or whether people will like your outfit, you have zero inhibitions. My favourite thing to do is to just stand and sing, and thats what I was able to do with the mask on.

It wasnt all plain sailing though. Nicola adds: There were real difficulties with the mask in the first dress rehearsals.

Under the lights it was so hot and it was warm outside too, because we filmed it back in September last year.

The amount of layers I had on to conceal every part of my skin and hair was unbelievable.

I had a balaclava and gloves all the way up my arms then the mask. It was absolutely boiling in the studio, there was no air or ventilation in the mask, so youre breathing in the air that youre breathing out. I was gasping throughout the song. I felt like I was a ball of fire.

I got half way through and I was choking on my own breath and I just ran off stage. I could see everyone panicking backstage.

I had to say to production, Guys, I cant sacrifice the sound of the song for the mask, we are going to have to try and work around it and make it easier.

So we made the holes in the balaclava bigger, we took off the under-layers and the gloves. I didnt put the mask on again until the minute I was about to go on stage and I made sure I had a fan underneath to pump air through. The heat inside the head was the hardest.

And being a Queen Bee wasnt Nicolas first choice of identity either. She adds: I wanted to be an angel or a mermaid and they said no, but I managed to tweak the costume and fashioned her up a bit.

Sadly there was no getting away from that big Queen Bee head.

It wasnt just the performance that Nicola struggled with. Contestants, who also included Jason Manford, Kelis and

Katherine Jenkins, had to be kept isolated in their dressing rooms during filming.

Nicola recalls: It was so hard. As soon as you got in the car you and your manager had to put a hoodie on that said, Dont speak to me. We also had to wear a balaclava, gloves and a visor.

It was so hot, I was begging producers to put the air conditioning on. Then at the studio you would be confined to your dressing room.

They had the most incredible blueprint about how to keep everyone away from each other. We werent even allowed to cross in the corridor. The dressing rooms were tiny and you werent allowed to open a window in case a member of the crew walked past and saw you.

The week before the final I went a bit stir crazy. I could hear the producers talking in their earpieces, Queen Bee has left the dressing room. I begged them to let me walk around the car park to get some air.

I could see they were going to say no so I rephrased it and announced, Im going to walk around the car park. Otherwise I was going to crack.

At the weekend Nicola held a surprise finale viewing party for all her mates, including Cheryl and Kimberley.

She says: I texted all my friends and said I was having a gathering on Saturday. I didnt tell them what it was for. It was so nice that everyone came together for me. When I won, Cheryl and Kimberley couldnt believe it. They were so proud they burst out crying.

Nicola is about to star in West End musical City Of Angels at the Garrick Theatre, is planning a solo record and has not ruled out a Girls Aloud reunion.

She says: The play is a little bit more time-consuming than I thought it would be. I have to honour the director for choosing me so Im putting everything into it and making sure I do a good job, thats my focus. But Id love to make another record and a body of work after, but I cant do that right this minute.

Were two years away from Girls Alouds 20th anniversary and I would love to get back with the girls and put on a big show for the fans. That was our favourite thing to do, a show.

But I think we have to cross that bridge when the anniversary comes to see where were all at.

Ekin-Su’s Dancing On Ice future in jeopardy as friends say she’s been ‘hung out...