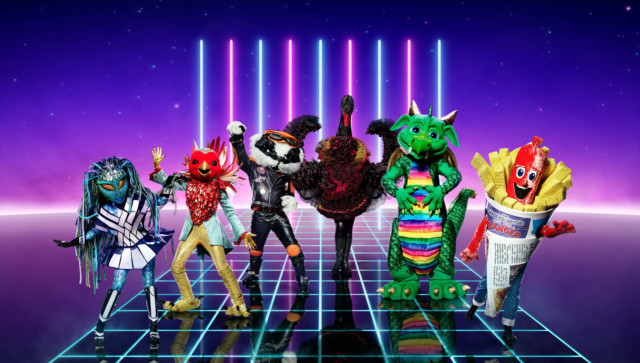 THE Masked Singer UK 2021 has been a huge success as fans try and work out which celebs are behind the bright and colourful costumes.

Who will go all the way and be crowned the winner?

The Masked Singer 2021 has been very popular with fans

What prize does the winner of The Masked Singer get?

No mention has been made of a prize for the winner of ITV’s The Masked Singer.

If it follows the format of the American version, the victor will bag a trophy.

After winning the latest series of the US show, LeAnn Rimes won a golden mask-shaped trophy.

The singer did not receive any form of prize money, as it’s more about the “bragging rights”.

The final of The Masked Singer 2021 UK will be contested by Robin, Badger and Sausage.

It comes after Dragon and Harlequin were unmasked in a brutal double elimination.

After yet another successful series of the fun family show, a new celeb will be crowned. Who has been eliminated so far this series?

Harlequin was revealed to be singer Gabrielle and the judges correctly guessed who was behind the mask.

Sophie Ellis-Bextor, Mel B, Martine McCutcheon, Glenn Hoddle are some of the celebs who have been unmasked on The Masked Singer 2021. Who was the winner of The Masked Singer in 2020?

The Masked Singer has revealed Nicola Roberts as Queen Bee as they are crowned winner.

The audience voted for Queen Bee to win the competition, with Hedgehog – unmasked as Jason Manford – coming in second.

The Girls Aloud star will be returning to the Masked Singer final 2021 to join the judging panel.

Love Islands Luke M will be FORCED to pick Shaughna in brutal twist during...

Prince Harry would hide from his nannies in the kitchen cupboards at Kensington Palace...