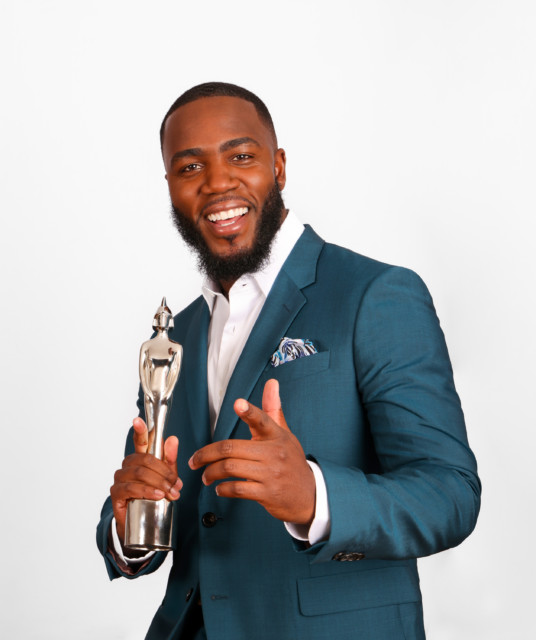 For the 2022 ceremony there is a new funnyman taking to the stage, who will be hoping to outdo his predecessor.

Mo Gilligan is hosting the 2022 Brits

Mo Gilligan is the MC for the Brit Awards 2022.

He is a British stand up comedian who is best known for being a  judge on The Masked Dancer.

Speaking about hosting Brits, Mo told ITV: “I was so shocked to be asked to host this year’s Brits.

“These are the things I’ve grown up with, so you don’t think that one day you’ll be a part of it. Honestly, it feels like a huge honour.

“If I said I wanted to host The BRITs at fourteen, I’m probably lying – because I was mostly interested in playing Playstation at that time!

“But it’s important for a young kid like me from my background to know opportunities are out there, to be able to work hard and achieve my dreams.”

Who has hosted the Brit Awards in previous years?

The Brits has seen many big names take to the stage to host the glitzy ceremony.

Jack Whitehall and James Corden have both currently hosted the show the most.

Here’s the full list of presenters – from the very first Brits, to present day:

What TV shows has Mo Gilligan been in?

The comedian was given his own shows on Netflix called Momentum and The Lateish Show With Mo Gilligan on Channel 4.

He paired up with Claudia Winkleman to win the 2018 edition of The Big Fat Quiz of the Year hosted by Jimmy Carr.

Mo also appeared on Celebrity Call Centre as an agony uncle, a one-off show which was part of its Stand Up To Cancer charity programming in 2018.

Mo also appeared on The Great Celebrity Bake Off for SU2C, alongside Carol Vorderman, Kelly Brook and Rob Rinder.

The awards are celebrating their 40th show, since launching in 1977.

The ceremony will take place at London’s O2 Arena and airs on ITV from 8pm-10pm.

I’m a money expert – MILLIONS of people are missing out on a savings...

Chloe Ferry and Megan Barton Hanson flirt with each other over Instagram after Geordie...

Love Islands Theo Campbell says his relationship with Kaz Crossley is OVER saying I...