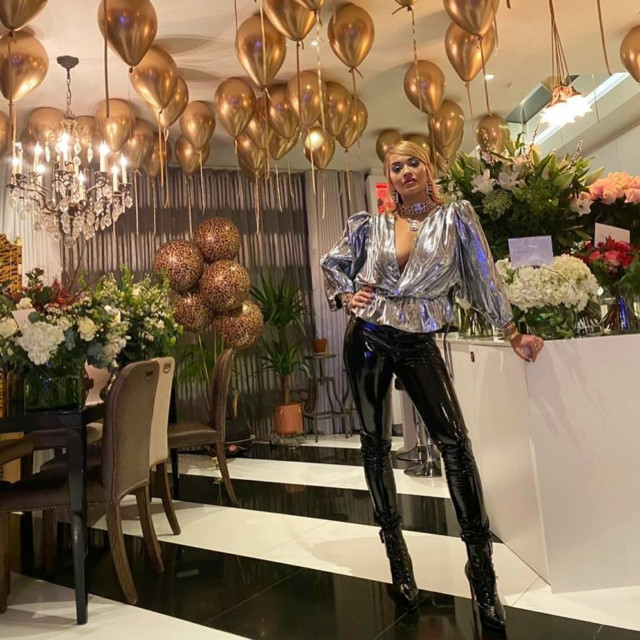 HOAR exclusively revealed how around 30 friends and family members attended the secret bash at a restaurant in West London, with Rita’s team offering the restaurant a £5,000 bung to break Covid rules.

Who was at Rita Ora’s party at Casa Cruz?

Rita was in serious breach of lockdown rules when she hosted her 30th birthday party on Saturday, November 28, 2020.

A source told HOAR: “Rita and her sister came to the restaurant first, all dolled up and clearly looking forward to a good night.

“There were a number of guests, all dressed up very glamorously, and everyone entered the building through the back, with security watching the front to make sure no one else went in. It went on until the early hours.”

The Body On Me singer was surrounded by glam balloons and bunches of flowers on her birthday, but later had a party

Where is Casa Cruz?

Casa Cruz is a West London restaurant with a menu inspired by South American cuisines.

If you fancy a meal there, after lockdown of course, it can be found at 123A Clarendon Road in trendy Notting Hill.

Nicholas Fallows, who is listed as the sole director of Casa Cruz London Ltd, insisted to HOAR it was the first he’d heard about it, and said the restaurant was “owned by shareholders”.

Rita’s team offered the restaurant a £5,000 bung to break Covid rules for the birthday bash.

They also had the CCTV cameras turned off as guests arrived on November 28 — amid the second virus lockdown. What has Rita Ora said about her birthday party?

On December 1, 2020, Rita apologised for throwing the party.

In a statement shared on Instagram the singer said: “Hello all, I attended a small gathering with some friends to celebrate my 30th birthday.

“It was a spur of the moment decision made with the misguided view that we were coming out of lockdown and this would be OK… I’m deeply sorry for breaking the rules and in turn understand that this puts people at risk.

“This was a serious and inexcusable error of judgement. Given the restrictions, I realise how irresponsible these actions were and I take full responsibility .

“I feel particularly embarrassed knowing first-hand how hard people have worked to combat this terrible illness and being fully aware of the sacrifices that people and businesses have made to help keep us all safe .Even though this won’t make it right, I want to sincerely apologise.”

Sources also told HOAR that Rita has voluntarily offered to pay the £10,000 fine after speaking to cops – who also attended her home.

What did Rita Ora wear to her birthday party?

In her Insta pics Rita sizzled in silver and skintight leggings as she celebrated turning 30.

Rita rounded off her birthday look with matching chunky jewellery and a pop of blue eyeshadow.

She was seen arriving at her party in a metallic dress and heels.

Workington Men on disliking Corbyn, voting for Brexit and putting their trust in Boris...

Microsoft admits that Halo: Infinite ‘failed at the finish line’