THE heatwave has seen an ancient Norse village emerge from the depths of the reservoir it was sunk under nearly seven decades ago.

The hamlet of Baitings was flooded under what is now known as the Baitings Reservoir, close to Ripponden in the West Yorkshire Pennines, in the 1950s.

But now parts of the village, including a centuries-old packhorse bridge, have been revealed.

The heatwave has impacted Yorkshire Water-owned site, which was built in 1956 to supply Wakefield with water, with levels significantly lower than normal.

As a result, Yorkshire Water has applied for permits to impose a hosepipe ban.

Nationally, an urgent health warning has also been issued to the most vulnerable Brits, as the Met Office predicts highs of 35C.

The reservoir, also known as Baitings Dam, was named after the village with Norse origins that was flooded during the 20-year construction project.

The village was on an old packhorse route through the Pennines, linking Yorkshire and Lancashire.

And while a modern structure was built to replace the packhorse bridge, the two are currently visible together.

The sunken village also has a grim history.

In 1989, the body of a man with a gunshot wound to the head was found on the reservoir bed during a drought, weighted down with a pickaxe.

He was identified as Laurence Winstanley, 23, who was last seen leaving an Oldham pub the previous year.

Mr Winstanley’s body was only exposed because the water level was 12 metres lower than normal.

The murder has never been solved. 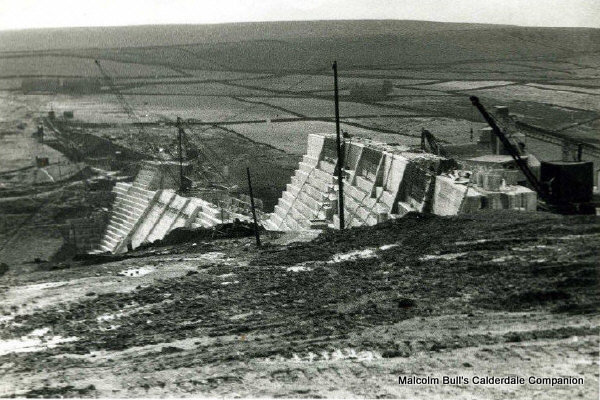 Construction on the dam and reservoir in was completed in 1956 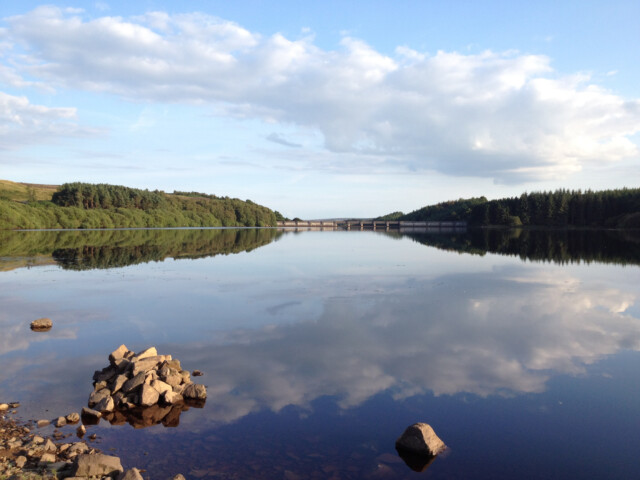 The reservoir when unaffected by drought 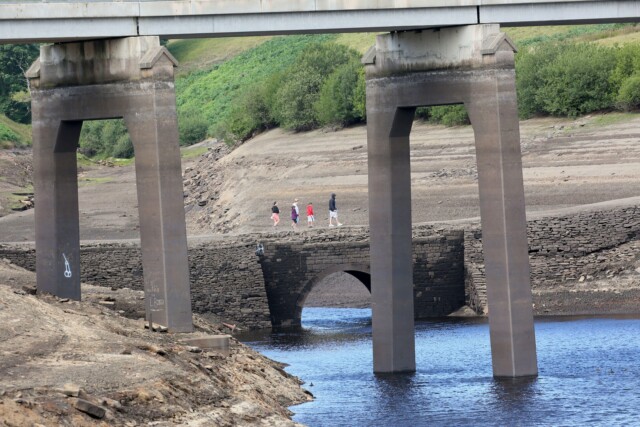 But, many are making the most of walking on a mostly unexplored piece of history

Brexit news: Latest updates at 5am from the last 12 hours

Love Island’s Francesca Allen strips off to pose in the shower during boozy Ibiza...