BEACHES are packed out with Brits basking in today’s glorious 35C sunshine.

But the heatwave will come to an abrupt finish from tomorrow with thunderstorms and flash flooding. 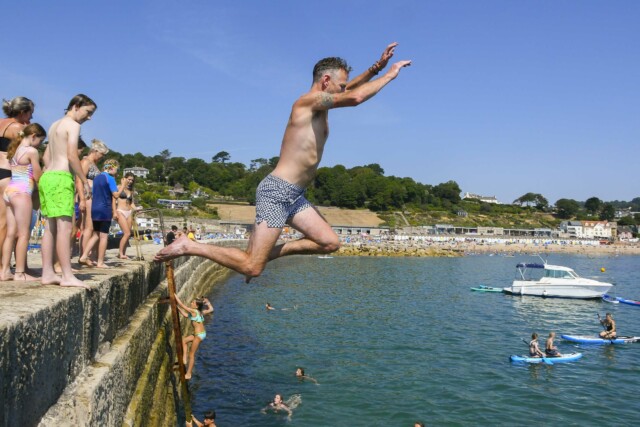 An “extreme heat” warning is in force across much of England as the mercury teeters in the mid-30s.

The amber alert stretches from Manchester to Brighton, and Plymouth to Norwich, and applies until midnight on Sunday.

Families across the UK have been making the most of the warm weather, flocking to beaches, parks and lakes in their thousands.

Sunseekers filled the grass in parks across London to enjoy the 35C heat, while bathers packed the pebbles in Brighton, East Sussex.

Elsewhere, swimmers splashed about in the sea in Lyme Regis, Dorset, and walkers took a stroll along the promenade in Blackpool.

But the fun in the sun will grind to a halt from tomorrow when heavy rain is expected.

While it will remain balmy, “isolated” thunderstorms will develop in central and western areas before coming more frequent and heavy in parts of Scotland and Northern Ireland later on.

Then, from Monday to Wednesday, conditions will cool off and there will be widespread thundery downpours and the chance of flash flooding.

Homes and businesses could be at risk of flooding, lightning strikes, hail and strong winds, while bus and rail services may be delayed.

Driving conditions could also become “difficult”, and there is a chance power cuts could occur.

Four flood alerts are in force across England – on the North Devon coast, the Tidal River Avon at Bristol, West Bay Harbour in Dorset, and the Wye Estuary in Gloucestershire – where torrents are possible.

A further yellow alert for thunderstorms across England and Wales in in force on Tuesday., when some areas could see two inches of rain in less than three hours.

Temperatures will hover in the mid-20s in the south, and high teens and low-20s further north.

“It will turn gradually fresher into next week, with an increasing risk of showers and thunderstorms.

“There is the potential for some flash flooding in places. 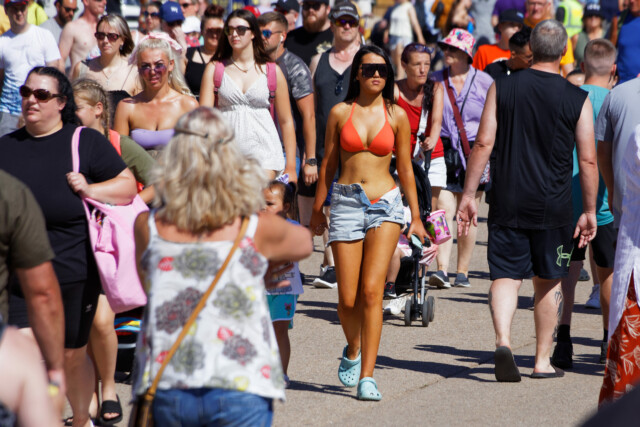 People walking on the promenade in Blackpool 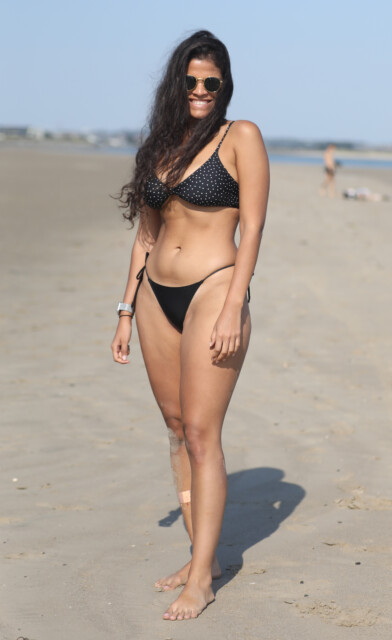 Joy Allen, 27, from London, enjoys the beach at Newquay, Cornwall