BRITS can expect downpours all week as the Met Office issues a yellow weather warning for floods and gales reaching speeds of 65mph.

It comes off the back of torrential storms that saw a massive 28mm of rain fall in some areas last night.

Many roads in Essex remained flooded on Monday morning 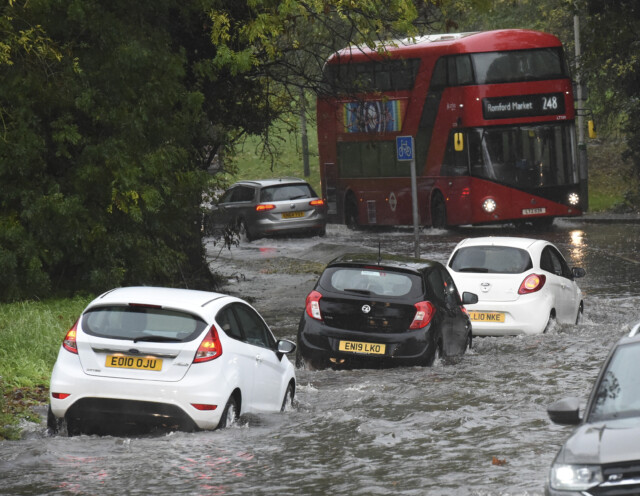 Motorists struggling through the floods in Hornchurch, London

The Met Office has a warning in place until 10am today which covers an area stretching from Chichester in West Sussex to Canterbury in Kent.

Meteorologists say a number of homes and businesses could be hit by a deluge, and public transport may again be affected.

Parts of London suffered some flooding including Dagenham Heathway tube station, which had to temporarily close.

In a forecast for the week ahead the weather experts said heavy rain would dominate the outlook for the working week.

Brits can expect a windy and rather cloudy Monday for many areas with scattered showers and also some longer spells of rain in the west.

It will be driest and brightest weather in the east.

The Environment Agency has four flood warnings and 39 flood alerts in place, mainly across south-eastern parts of England.

Tonight, a band of heavy rain and very squally winds will affect western areas during the evening, easing as it moves east overnight.

Clear spells and blustery showers following into the west.

Met Office forecaster Simon Partridge said: “We are expecting to see 15 to 25mm of rain but it’s basically mainly associated with some heavy showers.

“So a lot of it is to cover the potential for some very tricky driving conditions this morning, being obviously Monday morning so one of the busiest.”

The Met Office added that southwesterly winds will strengthen throughout the day, particularly into the afternoon and evening when gales are possible for Celtic and Irish Sea coasts.

Gusts could reach as much as 65mph, with the strongest winds then transferring east into southern and western England and Wales, as well as southwest Scotland.

Tomorrow will be a showery day for most, with some thundery downpours on the west coast of Wales and England.

Between the showers, there will be plenty of sunny spells across England and Wales.

Western parts will see the worst of the wind and the rain and could even get some thunder at times.

Ireland will see a fine and bright day, with large areas escaping showers.

Wednesday will be a more settled picture for most of the UK, with lower wind speeds and fewer showers for most.

Plenty of sunshine in the east, while the west sees some mainly light showers although these could turn heavy at times.

There will be rain for northwestern areas on Thursday and Friday, drier further south and east; becoming very mild and windy.

Despite the torrential downpours, many will see variable cloud and even some sunny spells near the end of the week.

The Met Office predicts that a northwest-southeast split is likely to develop into the weekend, bringing unsettled conditions to the northwest and more mild and clear weather in southern regions. 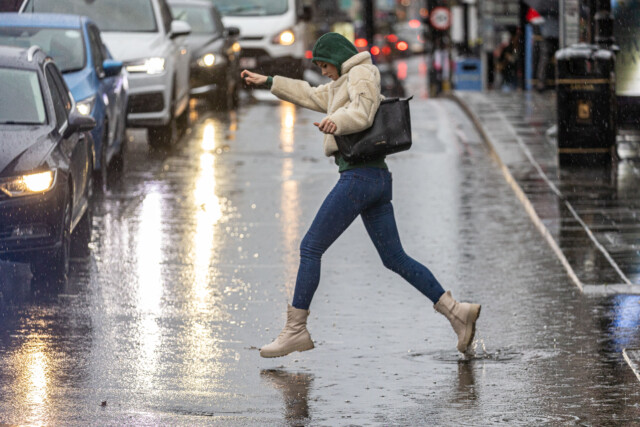 A woman leaps across a puddle on Putney High Street, South West London 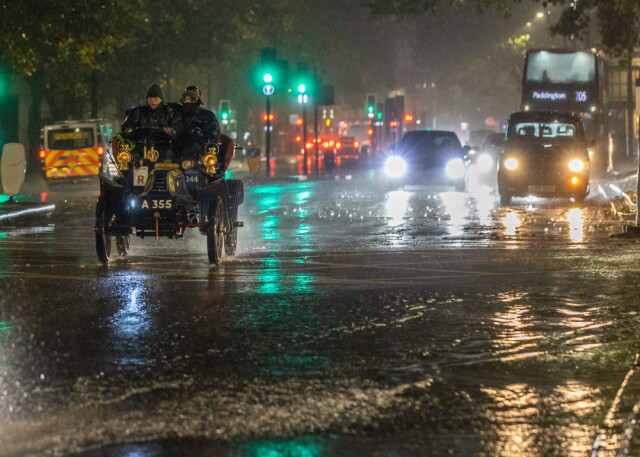 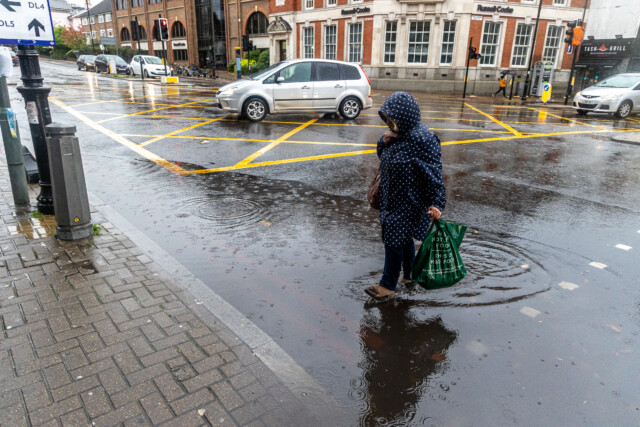 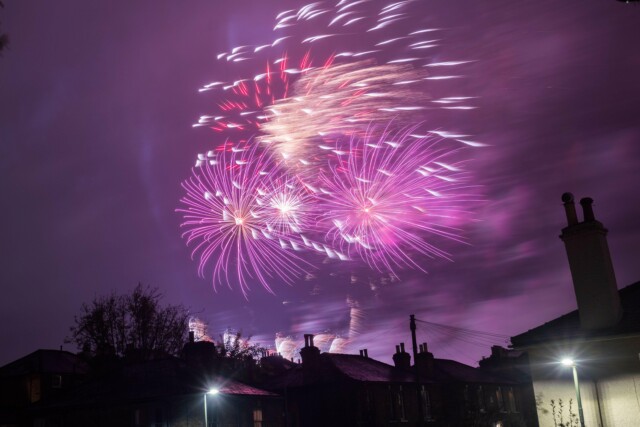 Drains buckled under the drenching as flooding led to huge puddles, but it didn’t stop residents in Wimbledon, South West London marvelling at fireworks displays 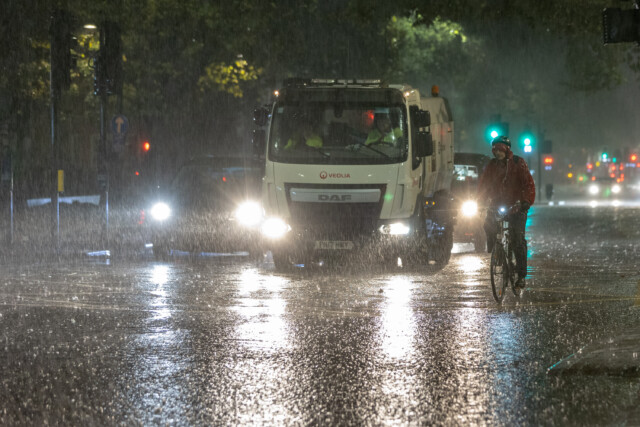 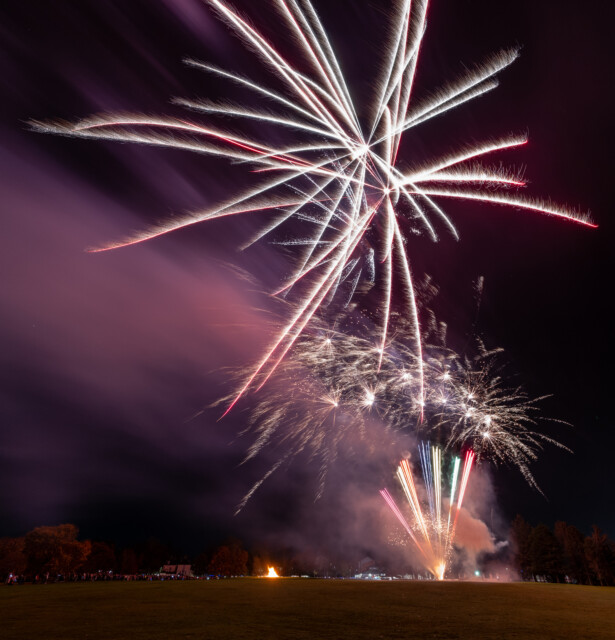 Brits up and down the country got a drenching as they watched fireworks displays like this one in Moray, Scotland

PS5 stock updates: Where to buy PlayStation 5 in UK and US including GAME,...

Who is Princess Alexandra, The Honourable Lady Ogilvy?