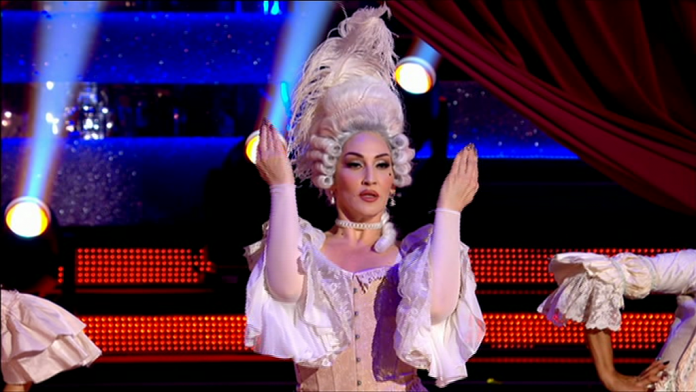 HERE’S your daily roundup of celebrity news that have made headlines over the past 12 hours.

Strictly’s stars gave their all as they graced the world famous ballroom inside Blackpool Tower, while there was controversy as Kevin McHale was eliminated from the X Factor after a sing off with Vinnie Jones.

The BBC One dancing show headed to Blackpool this weekend, with all the couples pulling out the stops to impress the viewers and judges.

The RuPaul’s Drag Race star emotionally spoke about how much Voguing and the LGBTQ+ community meant to her ahead of the routine, but after showing off some flawless moves, she scored 32.

While by no means a bad score, it still landed her at the bottom of the leaderboard, and viewers were not happy, especially after she was in the dance off last week.

Gentleman Vinnie wanted to step down so that Glee star Kevin could fulfil his dreams and further his career.

However, Simon Cowell and Nicole Scherzinger insisted the ex footballer make it to the semi-finals.

In a heartfelt speech, Vinnie told the judges the show was “everything I needed since my wife’s passing… I’d like to step down.”

His wife Tanya died in July, aged just 53, after a six-year battle with cancer.

The Girls Aloud singer, 34, had to do aterrifying 10,000ft jump with Olympian Caitlyn Jenner, 70.

The plane leap nearly proved too much for Nadine who was racked with nerves and became teary, prompting compassionate Caitlyn to give her a hug and reassure her.

It’s going to be an emotional few weeks!

The This Morning presenter, 38, called a breakdown recovery engineer to help her out after she got in a spot of bother with her pricey black G-Class in London.

The mechanic was pictured lying underneath the car as he worked on the expensive motor, while Holly was seen looking stylish in a knee-length monochrome coat.

She completed her rock chic look with shades and chunky black boots, and was soon on the road again.

The Loose Women star keeps her fans up to date on her youngest child’s progress on an almost daily basis.

And taking to Instagram yesterday, she shared a series of cute pictures of Rex underwater looking confident as he paddled along.

Stacey wrote alongside the pictures: “My under water pickle. Last week Rex completed stage one of his swimming lessons so today we got to celebrate and take some underwater pictures!”

Her seriously impressive moves soon had viewers desperate to see more of her as she sashayed to win the Glitterball.

Is Tracy Metcalfe in Emmerdale pregnant?

Is Tesco open on Christmas Day? Opening and closing times over the holiday

From pesky pooches to hyper hamsters — your pet queries answered