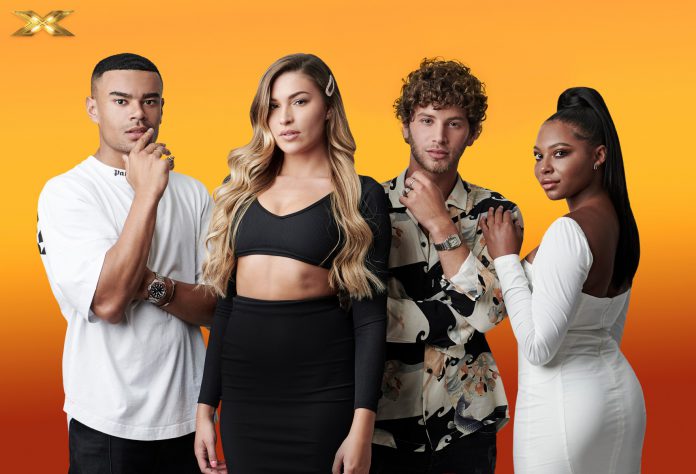 THE Love Islanders have changed their name to No Love Lost after Craig Revel Horwood branded the X Factor: Celebrity stars “talentless”.

Contestants from the 2018 series of the ITV2 dating show have come together to compete as a group on the special edition of The X Factor this year.

Having originally auditioned as The Love Islanders, the group will now be performing under the name No Love Lost, having asked fans for ideas online.

“The artists formerly known as The Love Islanders are pleased to announce their new name… *drum roll* No Love Lost!

“Much love to everyone who sent in name suggestions.”

Although the foursome managed to land a spot alongside the likes of Megan McKenna, Olivia Olson, and Kevin McHale in the singing competition, Strictly Come Dancing judge Craig lashed out at all Love Island alumni earlier this week.

The BBC’s very own Mr. Nasty branded the reality TV contestants talentless, ranting: “Love Island is for people who aren’t celebrities, who’ve done nothing in their life and are trying to be someone and get something to be famous.

“Strictly is meant to showcase people with talents in acting, singing, sports, journalism… Not fame-seekers with no discernible talent.”

The comments struck a nerve with 2018 contestant Alexandra Cane, who shared a video of herself ballroom dancing with the caption: “Is this talentless @bbcstrictly ????”

“Get me on the show and I will prove you VERY wrong.”

What is the Queen’s last name and why do the Royal Family not use...