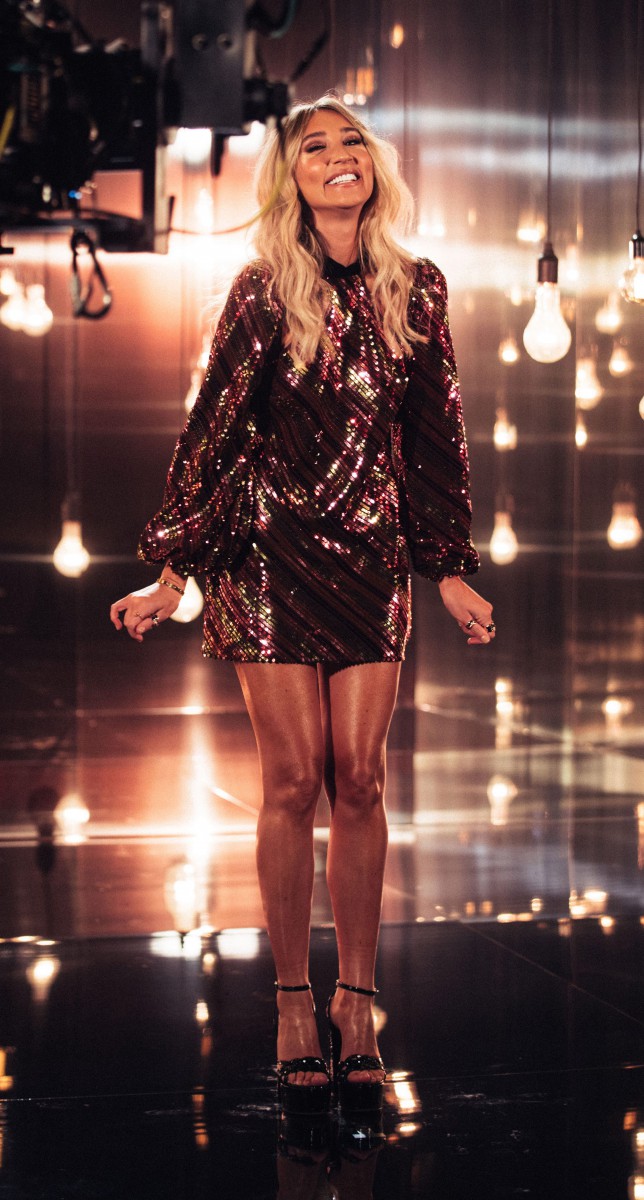 X FACTOR: Celebrity star Megan McKenna already has a hit on her hands – with her original song This climbing to No3 on the iTunes chart.

While controversy raged about Simon Cowell’s slating of her fluff-fringed outfit, which he said reminded everyone she was a “reality star”, the track has quietly picked up sales.

Our exclusive pictures show Megan, dressed in a glittering gown and surrounded by lightbulbs, looking thrilled backstage on the show – and for good reason.

Her self-penned ballad has jumped from eighth to seventh, before finishing the night in the No3 spot, behind Lizzo and Ariana Grande hit Good As Hell.

Megan’s song, which appears to reference her determination to succeed on the show, leapfrogged Maroon 5’s Memories yesterday.

There was no end of controversy on X Factor: Celebrity this week, with many believing Martin Bashir was unfairly saved while a weeping Olivia Olsen was sent packing along with Ricki Lake.

She yesterday secured the No3 spot behind Lizzo and Ariana Grande

However, there was also criticism for the way 60-year-old Simon judged Megan’s outfit.

He told her: “Love the song, hate the outfit. Megan I’ll tell you why I said that, this isn’t whatever the Essex thing is.

“This is a different show and if you really are going to take this seriously. It’s so distracting and it reminds everyone of you being a reality star.

“And I know you want to move away from that. All I want to do is concentrate on the song and I thought the song was beautiful, so that’s my only criticism.”

As the audience erupted with boos, Dermot hit back: “But she can wear what she likes!”

Megan wasoverwhelmed when she discovered she had won a place in the live showson Louis Walsh’s team and wept in front of the judges.

She told them: “You don’t know what this means to me. I have wanted this my entire life.”

The telly star auditioned for X Factor twice in 2014 and 2015, and got to boot camp on both occasions.

Megan left The Only Way Is Essex after a year in 2017 to launch her music career with an album, Story Of Me, released in 2018.