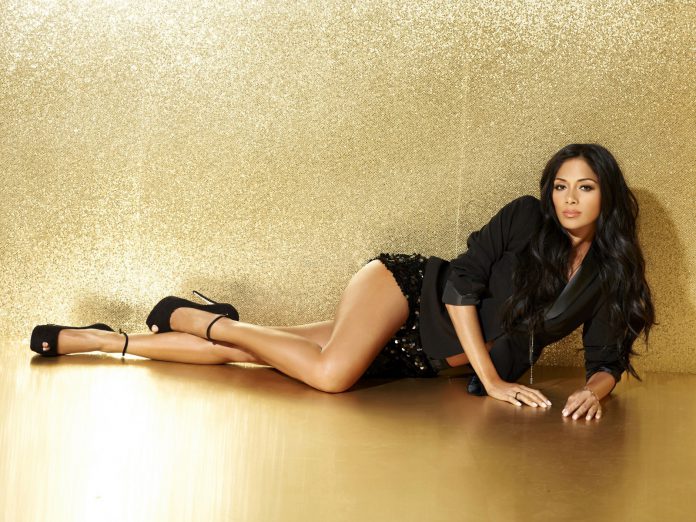 The shows US judge who split from tennis ace Grigor Dimitrov this year enjoyed a romantic evening with the former rugby star in London earlier this week.

Show insiders say the pair flirted and texted for weeks before the Welshman, 34, finally asked out the 41-year-old singer.

An ITV source said: Thom is completely Nicoles type. And for his part, Thom was smitten early on hes always said Nicole is one of the most beautiful women in the world.

“He fancied her long before meeting her on the show. He was initially a bit nervous about starting something up, and ruining his chances on the series, but they had great chemistry from the off.

And after weeks of texting, Thom finally plucked up the courage to ask her out, and took her for dinner.

They met up with friends, all had drinks, and were laughing and joking the whole night. They looked to be having the time of their lives.

“They both want to focus on the series for now though, and then see what may or may not progress once the show has wrapped. But Nicole deserves to meet someone lovely and everyone is hopeful this will work out.

News of their date comes just 48 hours after Thom swore off sex, vowing to be single until the end of the series.

Nicole wasted no time in heaping praise on Thom and his Try Star rugby bandmates Ben Foden and Levi Davis.

Speaking at the launch of the ITV show, she said: These guys are hot. Im newly single and ready to mingle.

In the first episode of Simon Cowells revamped series, the ex-Pussycat Doll waved her arms and swooned as they auditioned.

Two weeks ago viewers were shocked as Nicole pressed the buzzer to save Thom and pals instead of her own acts.

An insider says Thom, who is part of band Try Star, fancied Nicole long before meeting her on the show

Another performance saw her whip off her cape and exclaim: Oh my gosh I can watch that all night! I just want you guys to continue to ride til you cant no more!

Fellow judge Louis Walsh, 67, replied: She just wants to watch it in slow mo. Ive never seen her as excited in a long time about a group.

Last night Thom gave his sexiest on-stage performance to date. The group writhed around to the strains of X Ambassadors Boom as rain poured down and six-packed Thom ripped off his shirt.

Nicole, previously voted one of the planets sexiest women, has something of a penchant for good-looking sportsmen.

She started seeing Lewis, 34, in 2008, before the couple split two years later. They later got back together but separated for good in 2015.

Nicole then embarked on a three-and-a-half year relationship with Bulgarian Grigor, 28, a Wimbledon semi-finalist and former world No3. But she ended that at the beginning of this year.

Meanwhile Thom who appeared on Strictly in 2014 has also been linked to a string of high-profile beauties.

He dated model Kelly Brook for two years before ending their relationship in 2013. He then had a seven-month fling with Canadian actress Jessica Lowndes, best known for appearing in cult TV series 90210.

Nicole has previously said: Im a lion in most aspects of my life, except for in love. Im just like a little pussycat. Im a hopeless romantic. A fool for love. Im not gonna be like, Yeah, love me!

When Im with a person they get everything of me, Im like, Lets make the most of every second in life, but when Im gone, Im gone. Just ask my mom. When I do call shes like, Oh, is that my daughter?

Earlier this week former Welsh international Thom declared himself celibate and was too busy for women.

He said: Id never date anyone from Instagram or an app I would prefer to meet someone in real life, to be honest.

Im single and there are lots of lovely girls on X Factor but Ive been focused on the band. Its been pretty stressful learning the songs so Ive no time to indulge in women.

But he added: I would like to have kids and get married. My mum and dad have been married for 35 years and theyre still very much in love and I want that.

Six ways you waste money in a heatwave – from leaving a fan on...