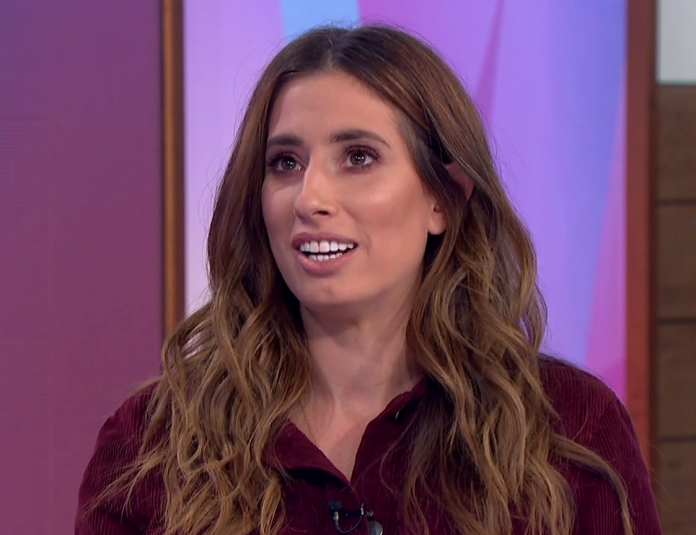 STACEY Solomon has revealed that she went back to work at a fish and chip shop after wowing Simon Cowell with her X Factor audition.

The 30-year-old star was catapulted to fame after finishing in third place in the ITV talent competition back in 2009.

During an appearance on Loose Women earlier today, Stacey revealed that you “don’t make any money” on the show, and she had to return to her part-time job to support her son.

She explained: “At the time I was still at college and I was working at a fish and chip shop called Oh My Cod, they did an amazing battered sausage and I loved working there.

“I was really good at wrapping chips.

“After the audition, I had to go back and work because you didnt make any money being on The X Factor and I had to live.

“When you grow up, you daydream about things and when things like The X Factor happens, you start believing its possible.”

Stacey went on to reveal that she’d already failed to get on the show several times before luck was finally on her side 10 years ago.

She shared: “I did try and get on the show loads of times but there wasnt a massive opportunity when I was growing up.

“It was a massive show but we were just kids and we would go back into normal life.

“It was the best experience of my life, it was so surreal. I went from doing a shift at Oh My Cod to singing with Whitney Houston.”

Stacey appeared in the same series of the programme as Olly Murs and eventual winner Joe McElderry.

Her singing career took a back seat when she won I’m A Celebrity… Get Me Out Of Here! in 2010, becoming the Nation’s sweetheart and a popular TV personality.

The mother-of-three’s comments about returning to her day job come just days after the soap world united to support ex EastEnders star Katie Jarvis after it was revealed that she is now working as a security guard in B&M.

The 28-year-old actress joined the BBC One soap last year for a short-lived stint as Kat Slater’s cousin Hayley.

Despite playing a huge role in the 2018 Christmas storyline after having a baby with Kat’s husband Alfie Moon, she mysteriously left Walford in February.

Her exit was confirmed two months later, and now she’s working the doors at the East London shop.

Tamzin Outhwaite, who plays Mel Owen in the BBC One soap, tweeted: “I am a landlady, a voice over artist, car boot salesperson, art dealer, up cyclist, interior designer, motivational speaker, and many other jobs…

“Its what artists do to earn a living. They work in between jobs.

“Its called Grafting! Or not being afraid of hard work… or loving your family enough to drop your dream for a bit to earn a living so the family can live life.

“And there is no shame in wanting to work hard to make sure your offspring are cared for. #noshame.”

Several other popular names echoed Tamzin’s comments on their own social media pages.

Prince William and Kate launch mental health scheme after being ‘moved to tears’ by...