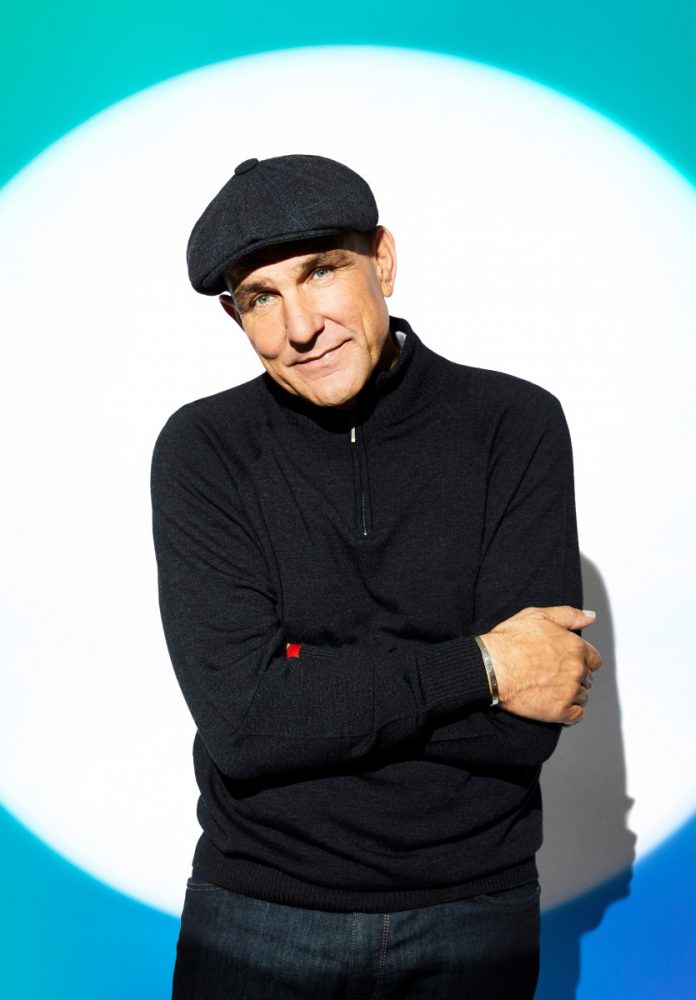 VINNIE Jones has confirmed he will take part in X Factor: Celebrity after his wife’s tragic death made him miss the auditions.

The ex-footballer, 54, appeared on screen and spoke to Simon, 59, over the phone, telling the head honcho he will appear in the live shows.

Simon telephoned Vinnie and asked him: “Vinnie how are you? When we heard the news, we were all thinking about you, it was tragic, I just wanted to check you were OK.”

And Vinnie replied: “We are just getting through it, you just learn to carry the grief really Simon.”

Speaking about being asked to audition for X Factor: Celebrity, he added: “Tans pushed me really Simon, we knew it was all going on, and I put it to the family and Tan was very excited about it.”

Simon then revealed his reason for calling was to ask Vinnie to join them in the live shows, which kick offnext Saturday, October 26th. Vinnie replied: “Id love to, if youd have us there.”

Vinnies wife Tanya died at the age of 53 at her home in Los Angeles on July 6 2019 following a six-year battle with cancer.

At the time his spokesman told The Sun: At 8.46am local time in Los Angeles on Saturday July 6, Vinnie Jones wife, Tanya Jones, passed away after a long illness.

Tanya passed peacefully at the Jones family home surrounded by Vinnie, their daughter and other family members.

Vinnie and the family ask for privacy while they go through an understandable period of mourning during this devastating time.

Vinnie and Tanya tied the knot in Watford in 1994 and renewed their vows after 13 years of marriage at the Little White Chapel in Las Vegas.

They have a daughter together named Kaley and he also has a son called Aaron from his previous relationship.

Vinnie has previous experience starring in a singing contest and appeared on Top of the Pops in 2002.

Now, he will take to the stage once more but this time for The X Factor: Celebrity, which is also starring Love Actually actress Olivia Olson.

The father-of-two started out as a footballer and played for Chelsea, Leeds United, Wimbledon and Queens Park Rangers, among others.

Jacqueline Jossa takes off her wedding ring in Im A Celebrity after one week...

I’m A Celeb viewers baffled as one huge part of the show is missing...

I’m A Celebrity Get Me Out Of Here’s forgotten stars – where are they...