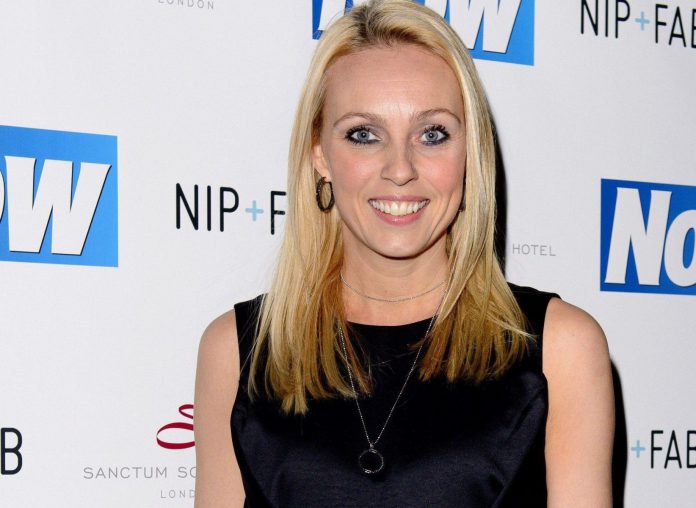 CAMILLA Dallerup was once one of the top professional dancers on Strictly Come Dancing but has hung up her dancing shoes to work as a lifecoach.

The Danish star started dancing when she was just two and a half and won the Junior Championships when she was 12.

Camilla later moved to London, where she lived and competed with her then-fiance Brendan Cole.

The pair came third in theLatin American at the UK Closed Championships and were in the top 12 of world pros at the open British championships in 2003.

She switched dance partners to work with Ian Waite in 2004 and placedsecond for Latin American at the 2005 UK Closed Championships and they made it to the semi-final of the International Championships at the Royal Albert Hall.

In 2007, Camilla and Brendan represented the UK at the first Eurovision Dance Contest.

When was she on Strictly Come Dancing?

Camilla is best known for being a professional dancer on Strictly Come Dancing on the first six series of the BBC reality show from 2004 until 2008.

She won the show for the first time in 2008 with Holby City actor Tom Chambers.

Camilla then made the shock announcement that she wouldn’t be returning for the next series and said she had made her decision before winning the show.

However, she did go on to perform on the Strictly tour with Tom.

In early 2015,Camilla was a judge with Craig Revel Horwood and Tom Chambers on the Strictly Come Dancing Live UK tour.

Who is she married to?

The couple are based in LA and Camilla said earlier this year that they’re hoping to adopt a child together.

She told the Sunday People: “Kevin is incredible. We have both forged our own separate paths and I feel very settled now. We left having kids to the universe and it hasnt happened.

“But it wasnt until a couple of years ago that I felt ready. Id really love to adopt or foster. Ive never, ever felt a need to have my own.”

Before meeting Kevin, Camilla became the first victim of the “Strictly Curse” after her then fiance Brendan Cole allegedly had a fling with his celeb partner,Natasha Kaplinsky.

The pair denied the affair but a devastated Camilla split from Brendan saying the break-up “was like a mini-death”.

What is she doing now?

Camilla is now a lifecoach, hypnotherapist and mindful living expert.

She has also penned a new book called Reinvent Me: How To Transform Your Life & Career and is going on a book tour across the UK.

She is also a motivational speaker and runs meditation workshops in LA.

I loved being on the Masked Dancer but the fan reaction to my performances...

Call of Duty: Vanguard pre-orders, beta start date, and how to get in