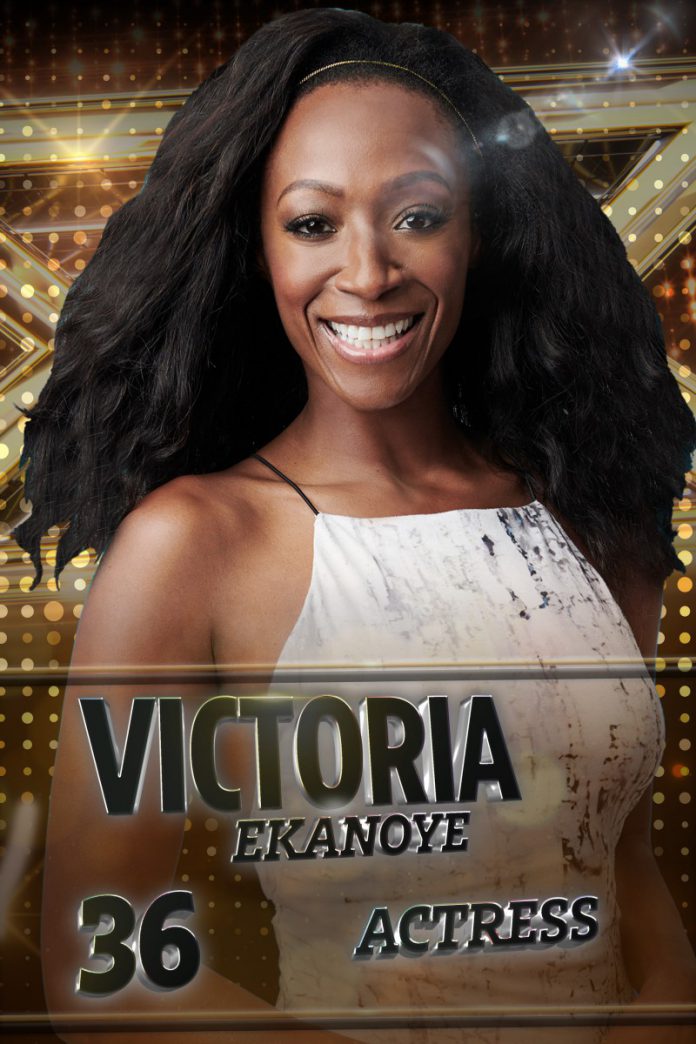 VICTORIA Ekanoye has become a household name thanks to her work on Coronation Street and now she is taking part in The X Factor: Celebrity.

Here’s all you need to know about the actress as she prepares to face the judges on the ITV show.

Born in Lancashire, the actress studied musical theatre at Oldham College before following her dream of becoming an actress.

She remained in the role until January 2019 when her character was seen leaving the cobblesto return to South Africa with her son George after splitting from her husband Jude. Does Victoria Ekanoye have singing experience?

Victoria has a whole heap of stage experience that will come in handy for The X Factor with parts as Queen Sarabi The Lion King and a part in The Blues Brothers.

The actress has starred alongside Liz Hurley in The Royals and has had parts in films such as Untitled Krysten Resnick Project and As Bad As Me.

Victoria is set to star in the upcoming remake of The Worst Witch airing on Netflix.

She tweeted: “Delighted to say that I will be joining the coven of The Worst Witch and playing the fabulously flamboyant Mistress Nightshade.”

Is Victoria Ekanoye dating anyone?

According to her social media, the star has a long-term boyfriend named Jonny Lomas.

The pair keep their relationship somewhat private but we know they like to travel the world together.

The self-proclaimed foodie also likes to share updates about her relationship and work-life with her 19,000 Instagram followers.

What time is X Factor: Celebrity live show on?

The X Factor: Celebrity will air its first-ever live show on Saturday (October 26) ITV at 8.20pm.

If you miss it, have no fear as the episode will be available to watch on ITV Hub afterwards.

You can alsowatch last weekends’ show on ITV Hub.

Diversity’s Ashley Banjo says ‘hate’ from BGT viewers and 24,500 complaints convinced him to...