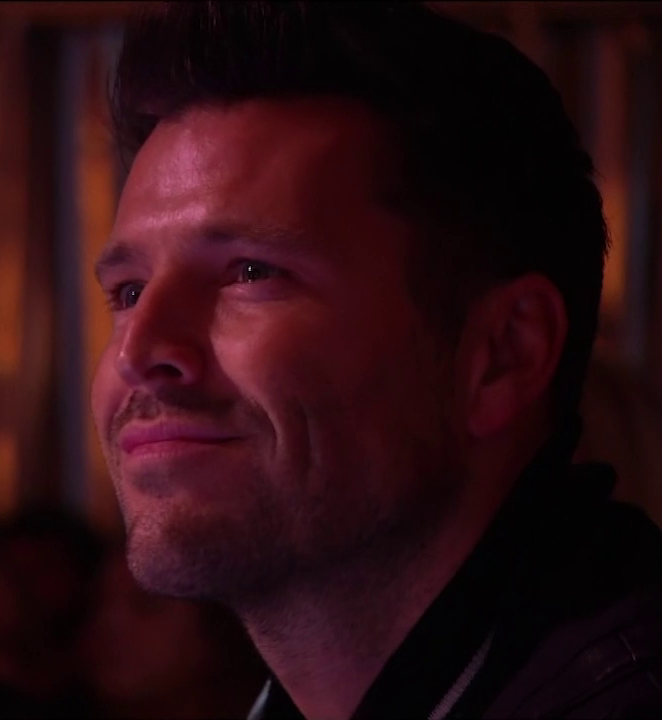 MARK Wright was spotted in the X Factor: Celebrity audience with tears in his eyes during Megan McKenna’s moving song last night.

The 32-year-old Towie lad appeared to have been overcome with emotion when the camera unexpectedly cut to him.

Mark appeared utterly transfixed by her rendition of Must Have Been Love by Roxette after he turned up to support his pal.

Fans of his in the audience let out a loud whoop mid-song when his face and watery eyes appeared on monitors in the studio mid-way through the song.

Megan’s haunting version of the track got a warm reception elsewhere too, with Nicole Scherzinger declaring it made her want to walk the streets of London and eat a Sunday roast.

However, the 41-year-old American was the only X Factor: Celebrity judge not to rise to her feet and give it a standing ovation.

One viewer raved: “Just got goosebumps! Her voice is phenomenal and so beautiful!! All my votes are going to megan once again this week! Wow!!”

The emotional reason Naughty Boy is so protective over his cooking after rows with...

Shoppers are rushing to buy energy-saving gadget from Argos that costs from just 1p...