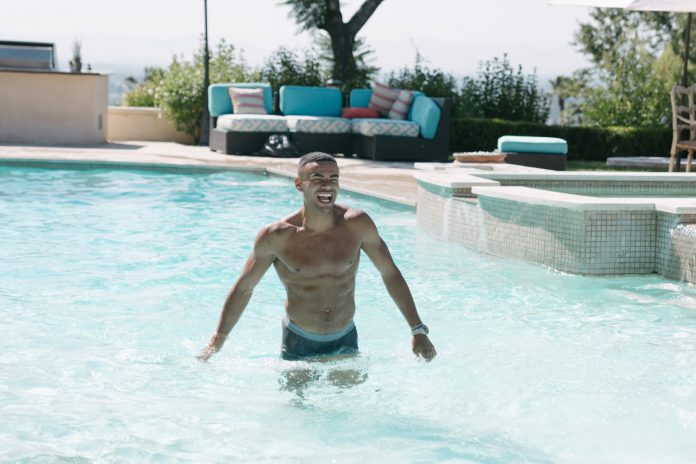 X FACTOR fans have hailed the new celebrity series as the saviour of the show.

Ricki had no idea who anyone else was, as did most of the others

The ordinary series of the show has been axed for this year and replaced with both this and an All Stars version later this year and fans are thrilled.

Judging favourites Louis Walsh and Nicole Scherzinger are back on the panel as the 14 celebrity acts amass in Malibu, California in Simon Cowell’s back garden to compete for a place in the live shows.

First to arrive at the mega mansion are the Love Island stars and chat show icon Ricki Lake and none of them had any idea who the others are.

Ricki says she wants to get to the live shows so she can have a trip to London, while all five of them are stunned when children’s TV stars Max and Harvey, 16, walk in with Eyal asking the identical twins if they are twins.

Hayley Hasselhoff then walks in insisting she wants to be known for her own talents, which is awkward when Simon spends most of her performance talking about her dad.

Towie’s Megan McKenna made the perfect entrance to the mansion by getting herself a glass of champagne before greeting the others, and she was swiftly followed by the most unlikely X Factor contestant ever – Martin Bashir.

Coronation Street star Victoria Ekanoye becomes the first star to be recognised when Megan asked her about the soap, while The Chase’s Jenny was immediately recognised by Martin.

Former EastEnders star Jonny Labey came next and was followed by girl group V5 who ware made up of five social influencers.

Rugby stars Thom Evans, Ben Foden and Levi Davis made an immediately impression as Ricki, Megan and Hayley all couldn’t resist staring at them.

Olivia Olson, best known for her role as the singing girl in Love Actually, was next to introduce herself while ex Hollyoaks star Jeremy Edwards and ex Strictly star Brendan Cole were the penultimate act for the show.

Mex and Harvey put on a twintastic performance

Rounding out the new series was Glee star Kevin McHale.

Just seven of the acts performed on tonight’s episode with the Love Island stars going first with Wes shocking audiences with his ability to both sing and rap.

What a great start to the show. Feels so much better than the normal show, and so much funnier. Amazing opening show and can't wait for next week already #XFactorCelebrity

I hate ordinaryX Factor but OMG – I love this! #XFactorCelebrity

#XFactorCelebrity miles better than I thought it would be. Try star were class & @jenlion was incredible

Even Simon said it was a “good performance” leading to smiles all round for their version of Shawn Mendes’ Nothing Holding Me Back.

“I’d be s***ing my pants if I had to perform in front of this audience – they’re all my producers,” Nicole whispered to Simon.

But the group were nothing compared to Glee’s Kevin who had all the judges saying they loved his version of Camila Cabello’s Never Be the Same.

Max and Harvey came next – accompanied by their nan because they’re only 16 – but their cover of Ed Sheeran and Justin Bieber’s I Don’t Care didn’t quite hit the mark and the judges requested another song so they sang Sucker by The Jonas Brothers.

That did hit the mark with Louis calling it perfect and Simon failing to find a negative, which is all anyone can hope for really.

Edwards and Cole failed to impress the judges with their crooning and cheesy butchering of Kylie Minogue’s Love At First Sight, but the judges’ feedback saw Jeremy fly into a raging hissy fit backstage.

The Chase’s Jenny Ryan stunned with her powerful voice

The Vixen belted out a Queen song

They were followed by the surprise of the night as journalist and broadcasting legend Martin Bashir performed Nat King Cole’s L-O-V-E to rave reviews, and he revealed that his late brother’s death is the reason he took part in the show.

The awkward moments viewers have come to expect from the X Factor returned shortly after with Hayley Hasselhoff wanting to appear on the show under her own talent and then having Simon talking about her dad endlessly before letting her sing.

Unfortunately her performance failed to blow the judges away with Nicole wishing she would stop moving and flailing her arms around and then she blamed them speaking about her dad for throwing her.

Dark horse of the competition, The Vixen from The Chase, Jenny Ryan, left the entire audience stunned with her powerful voice as she sang Queen’s Somebody To Love leaving them desperate for more.

The final act was Try Star, Thom Evans, Ben Foden and Levi Davis who immediately had Nicole hot under the collar – in particular Ben’s which was open to his abs.

“I’m almost excited about your shirt right now, Ben, as it hangs freely and openly on your chesticles,” she purred to the toned rugby hunk.

And she was thrilled by their version of No Diggity, and that ended the first show on a high.

Next week the remaining seven acts will compete for a place in the live shows and the finalists will be revealed.

Royal Family releases book of condolence for Prince Philip – here’s how to sign...

Nurses are STILL having to share PPE, reuse masks and buy their own, MPs...

Eastenders star looks completely different in throwback pic – but can you tell who...

Senior MP spotted socialising with paedo, according to whistleblower claim probed by cops