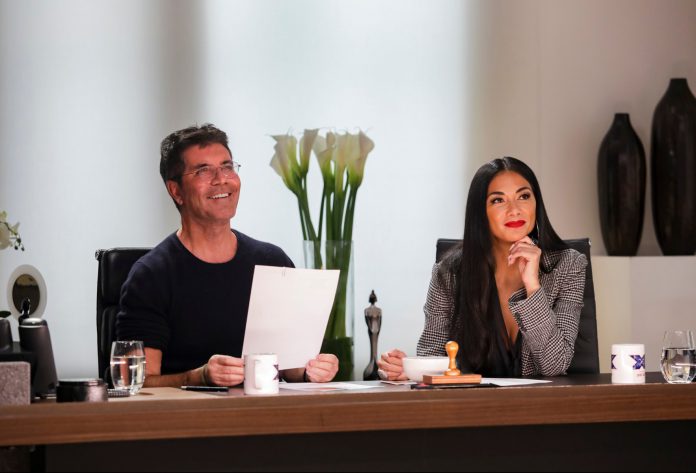 SOAKING up the sun in Barbados this week will not have prepared Simon Cowell for The X Factor being frozen out of the National Television Awards nominations.

His TV series, which had suffered flagging viewing figures last year, failed to make it on to the Talent Show shortlist for the first time in 13 years.

Simon Cowell’s show The X Factor failed to make it on to the Talent Show shortlist for the first time in 13 years.

But its arch rival Strictly Come Dancing was nominated in the category, along with Dancing On Ice, The Voice UK and Simons other show, Britains Got Talent.

A TV insider said: This will be very disappointing for the music mogul as the Talent Show section is one which The X Factor should dominate after all, hes scooped the title five times.

But not even making it on to the shortlist is particularly embarrassing for Simon and caps off a terrible year for the show.

If ever there was proof that there is a major problem, this is it particularly as the NTAs are voted for by the viewing public. Last year saw Simon currently on holiday in the Caribbean with his son Eric and girlfriend Lauren Silverman try two radical overhauls of The X Factor.

Celebrity X Factor, which saw Megan McKenna win, and X Factor: The Band both did poorly in the ratings

First there was a celebrity version which ran from October to November, then another in December featuring the search for a new pop group. Both did poorly in the ratings.

One consolation for Simon is the fact he has been nominated in the Best Judge category for both Britains Got Talent and The X Factor.

But he will also have to compete with fellow nominee David Walliams, who won the gong last year. David will be presenting the awards night from Londons O2 Arena on January 28, which will air live on ITV.

Imagine how much David will be ribbing Simon if he repeats the feat this year.

How to vote in the awards

VOTE for your NTA stars and shows online for free at nationaltvawards.com. Or do it by phone on 0905 647 2020. Calls cost 25p per minute, plus your network access charge, and should last no longer than seven minutes.

You can vote in as many categories as you like, but can only do so ONCE in each category.

Any that are received after this time will not be counted but if you are voting by phone you may still be charged.

Please make sure you have the bill payers permission before calling.

A HOLLYWOOD big fish will be aiming to cause a stir on The Great British Bake Offs Stand Up To Cancer celebrity special.

With all those stars, I think they will need a bigger tent.

STEPHEN Merchant is already tackling the tough role of a serial killer and rapist in new BBC thriller Four Lives.

Now The Office co-creator is showing off more of his skills as he writes another Beeb drama, The Offenders.

In what he describes as a passion project, the six-parter follows seven strangers with different backgrounds who are forced together to complete a Community Payback sentence in Bristol.

Stephen, who was born in the city, will also co-star and direct.

He said: My parents used to work in the community service world.

I was always intrigued that the many and varied people they dealt with only had one thing in common theyd committed a crime.

Ever since The Office, I love finding ways to bring unlikely groups of people together and watch the sparks fly.

There is simply no end to Stephens talents.

Prince Harry and Meghan poised to return to Canada for significant part of 2020...

UK inflation falls to 0.5% – its lowest annual rate in four years as...

Princess Beatrices wedding will not be shown live on BBC after toxic Prince Andrews...