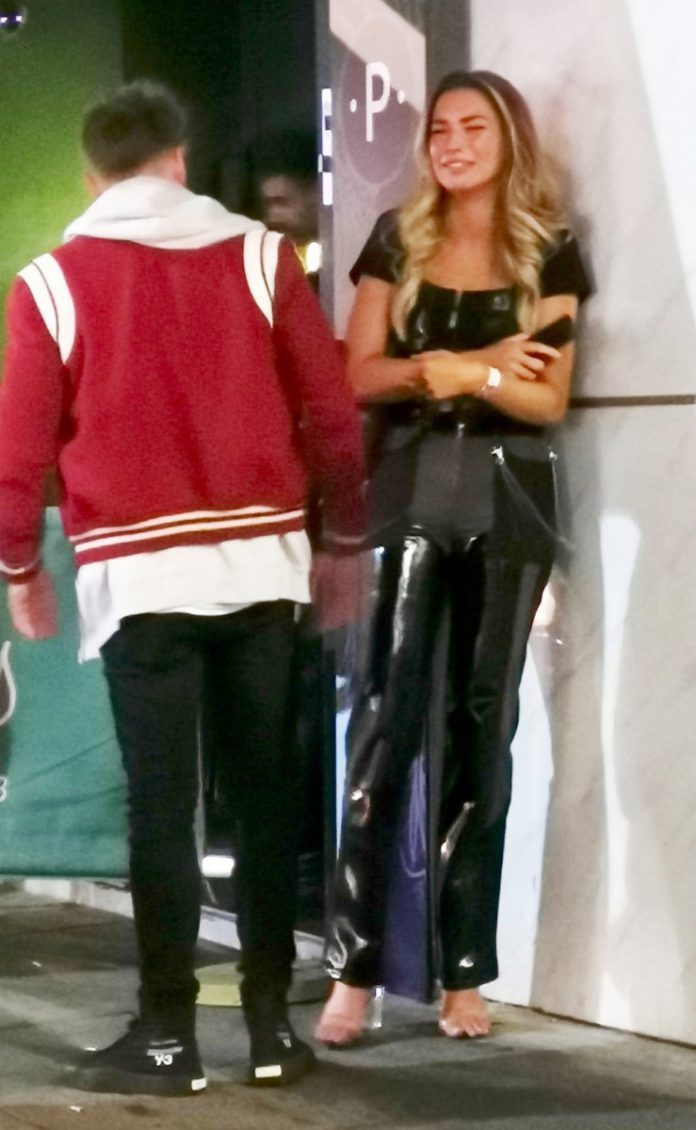 ZARA McDermott broke down in tears during a heated discussion with boyfriend Sam Thompson on night out in London.

The Love Island beauty was seen looking extremely upset as her Made in Chelsea beau stood nearby outside Raffles in the capital.

Zara, 22, was dressed all in black while Sam, 27, wore black skinny jeans and a red sports coat with a hood.

As Zara sobbed she looked directly at her boyfriend while holding her bag and phone, however Sam didn’t reach out to comfort her.

The pair continued to have an intense-looking conversation outside the venue before Zara was surrounded by some of her female pals.

They then lead her away, with the reality star wrapping her arms around her middle as she went.

HOAR Online has contacted a representative for Zara for comment.

The couple confirmed their relationship in May this year, with Sam explaining how Zara had slid into his DMs.

Meanwhile Zara – who was coupled up with Adam Collard on the 2018 series of Love Island – previously told MailOnline about how she first met Sam.

She said: “We met a year-and-a-half ago at an event before I was on Love Island.

“He doesn’t remember as he was drunk! We got speaking on Instagram three to four months ago and here we are.”

Sam added: “I was in the Dominican Republic, minding my own business, when Zara replied to an Instagram story… Zara slid into my DMs.

“It was great as then I had the courage to ask her out on a date, we went on our first date about three months ago now.

“Since the moment she slid into my DMs, we haven’t not spoke every day.”

I’m a Celebrity OFF AIR for two nights as crew’s equipment battered by storm...

Emmerdale fans break down in tears as Vinny Dingle covers up for his abusive...