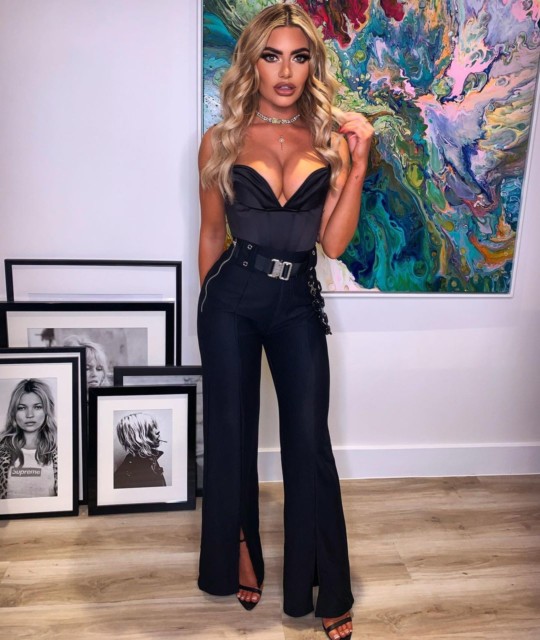 CRISIS-HIT Ex On The Beach has revealed its full line-up after filming wrapped in Tenerife.

HOAR can exclusively reveal all the big name stars who are taking part in the long-delayed 12th series. Kori Sampson from Netflix’s hit, Too Hot To Handle will also star in the autumn show.

Katie Price’s ex Kris Boyson flew to Tenerife for the reality series and it seems found a spark with The Only Way is Essex’s Ella Rae Wise .

They were spotted linking arms on a date in Basildon, Essex.

Kris, 33, gazed adoringly at the reality TV beauty while escorting her into Wagamamas restaurant, after they grew close on the MTV dating show.

Another Towie star on the 12th series includes James Lock who has confirmed his relationship with Love Island alum Megan Barton Hanson.

The pair met filming Celebrity Ex On The Beach and have been flaunting their love on Instagram.

Megan isn’t the only Love Island star on the series and is joined by Kaz Crossley, Theo Campbell and Mike Boateng.

But Love Island’s Anton Danyluk was scratched last minute from the MTV series, because producers couldn’t get

Sources have exclusively told the Sun Online that Anton, 27, was “flown home” after his exes refused to take part in the show.

“Anton flew out to Tenerife, quarantined for three days and was then told he wouldn’t be going onto the show and flow home again,” the insider said.

“They couldn’t get any of his exes to confront him on the show, and that’s the whole point! It’s a pity but they hope he can join another series.”

Anton’s exes include Denise Wilkie, 28, who he split with before heading into the villa in 2019, and fellow islander Belle Hassan, 26.

It comes as part of a major crises for this season of the MTV show, as many of the exes began dropping out before filming started last month.

A source previously revealed: “One of Anton’s exes has already dropped out of filming because she’s got a new boyfriend and doesn’t want to be away from him.

The insider spilled on how bosses were having to also cope with “the ever-changing travel rules” which caused “nightmare” quarantine schedules.

In September, HOAR revealed that Towie’s Yazmin Oukhellou pulled out of Ex On The Beach just hours before she was due to confront ex James Lock.

The 27-year-old star got cold feet about living with her former flame for the show, leaving bosses in the lurch.

An insider told us at the time: “Yazmin was all set to fly out to confront Lockie but pulled out at the last minute.

“She told pals that she couldn’t face living with him in the villa and had second thoughts about the show.”

The insider went on: “Bosses are now desperately trying to draft in someone else to fill her spot.”

Despite the shake-ups, the long-delayed 12th series of the hit MTV show has finally finished filming after bosses padded out their cast. Love Island spoilers: Shaughna and Callum get into furious row as she tells crying...

Veteran cops and prison officers will help decide whether to free violent criminals in...

PlayStation 5 price INCREASE makes the console harder to get