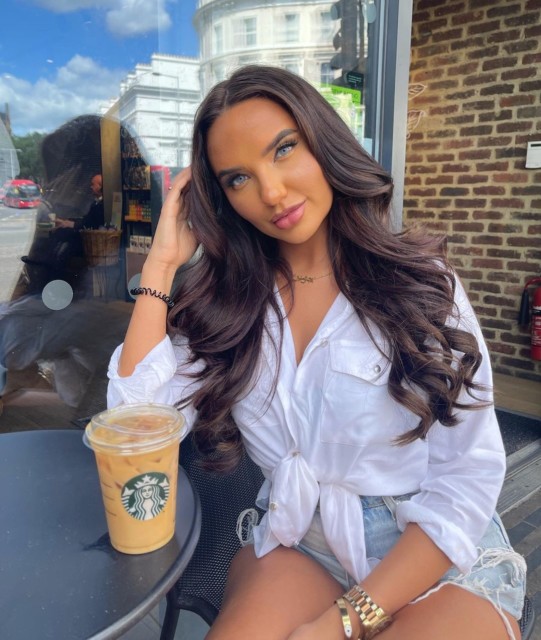 LOVE Island Casa Amor beauty Jazmine Nichol has slammed the ITV2 show for ‘editing her out’.

The 21-year-old – who entered the villa as a bombshell earlier this week – was barely seen on our screens.

On Tuesday night, fans of the programme insisted that the Geordie lass had gone missing because of her lack of air time.

Then on Thursday’s instalment, bombshells Jazmine, Mollie Salmon, 23, Cheyanne Kerr, 23, as well as George Tasker, 23, Jack Keating, 23, and Samuel Agbiji, 22, were booted off the show after failing to couple up with anyone.

Yesterday Jazmine took to Instagram to thank her fans for all the lovely comments after touching down in her hometown of Newcastle – and confessed she’s excited for everyone to finally see the real her.

Alongside a stunning snap of herself, she said: “Hi guys it’s Jaz I’m back!

“Just want to say a huge thank you for all of the love and support I’ve seen so far.

“I’m so overwhelmed with all the lovely messages I’ve seen and the funny memes!

“I’m excited for all of you to see my personality that was not shown on screen and the Jaz that the villa saw, this is only the start

Many rushed to the comments section to share kind words.

One fan said: “So gutted you weren’t shown more babe!

“Wish you had longer in there and someone chosed you,” another wrote.

A third chimed in: “You deserved so much more screen time, you seem like the loveliest girl

It comes after Jazmine’s family took a swipe at Love Island after she ‘disappeared’ from show.

They captioned the post: “POV (point of view) Patiently waiting to see more of Jaz on our screens tonight

Yesterday Jazmine and the rest of the Islanders who were sent home broke their silence as they posed together at the airport after their brutal dumping. The Casa Amor girls entered the villa earlier this week Jazmine was one of this year’s girl Casa Amor bombshells

If Prince Harry and Meghan Markle were still concerned for the Queen they’d beg...

Harry ‘told Queen baby Lilibet would be named after her – but Palace officials...