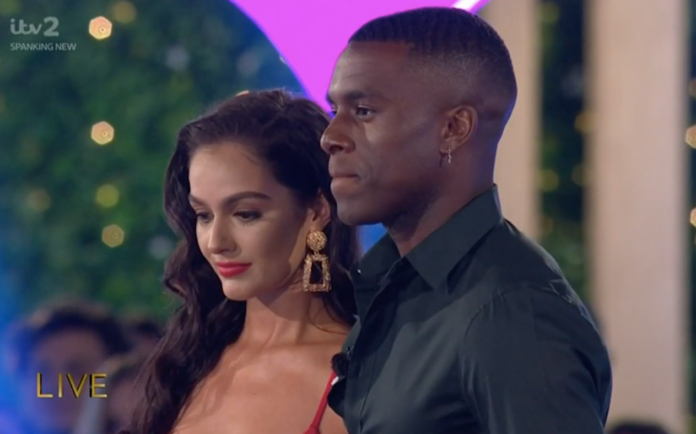 The couple were the bookies’ favourites up until late this evening when Paige and Finn overtook them – and it proved correct when the other couple romped to victory.

And in particular they wanted Siannise to win the crown.

One wrote: “Siannise being robbed of the #loveisland crown got me like”

A second said: “i watched for 6 weeks for siannise and luke to not win? #LoveIsland”

Another added: “Im sorry but why did Siannise & Luke T not win????? #LoveIsland #loveIslandfinal”

A fourth tweeted: “She started as Shaun Knees… and now shes leaving as Sinnise Fudge, first of her name, girlfriend of Luke T, the peoples princess, top villa skanker, defender of the Lukes, queen of sass and a fave of the #loveisland 2020. That is what you call a journey!”

Despite fans devastation, it was Finn and Paige who won the public vote and the prize money.

Finn and Paige have been a firm favourite with fans since hitting it off in the famous villa.

The couple have even made things official, with Finn asking Paige to be his girlfriend with a romantic speech.

They have grew closer and closer in recent weeks, and both decided to remain loyal during the Casa Amor test and declared their love for each other in tonight’s episode.

Laura Whitmore paid tribute to Caroline during the live episode.

She said that the death of the former host of the show had been “hard to come to terms with”, adding: “We’re thinking of her family and everyone who knew her at this time.

“Caroline loved Love Island, she loved love, and that’s why tonight’s final is dedicated to her.”

A series of clips from Flack’s time hosting Love Island and companion show Aftersun was shown.

Dani Dyer, 24, says her pregnancy came as a ‘shock’ but baby Santiago has...

Boris Johnson hints at tax rises to pay for coronavirus but warns UK must...

Emmerdale’s Lisa Riley reveals she had one and a half stone of excess skin...