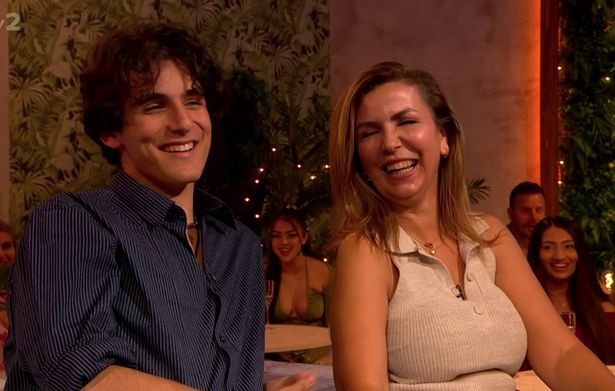 EKIN-SU’s brother has dropped a major hint he will be taking part in Casa Amor on this year’s Love Island.

Arda appeared on Aftersun last night to discuss how his sister is getting on in the villa  – and sent viewers wild at home.

The confident lad told host Laura Whitmore: “People ask me, ‘is it weird to see your sister on TV’, but I’ve expected this to happen since day dot.

“I think she was born to do this and I’m glad you guys are starting to see my sister on TV now and see what she’s like.

“And now you’re seeing my face on your screens and get used to it because you’re going to see it a lot more.”

Those watching at home took to Twitter to speculate about what it means, with one writing: “The only bombshell I’m seeing on my screen now is Ekin Su’s brother and I want him in Casa Amor to shake things up. He’s soo fine #LoveIslandAftersun #LoveIsland.” A second commented: “If I was a #LoveIsland producer, after Casa Amor I’d bring Ekin Su’s brother in as a bombshell & allow them to team up & cause pure chaos, just imagine the scenes between him, Davide & Luca before even touching on which girl he’d be interested in… #LoveIslandAftersun #Aftersun.”

While a third wrote: “The producers right now trying to arrange for Ekin su brother to enter as a bombshell #LoveIsland.”

HOAR told last week how Casa Amor would be returning to our screens on July 4th.

Meanwhile, Love Island viewers are convinced Ekin-Su and Davide will give things another go – despite their huge row.

Turkish actress, , 26, and Italian hunk , 27, sat down for a hilarious in the Love Island villa in the latest episode.

Sitting awkwardly across from each other, the pair giggled as they discussed Ekin-Su‘s hopes to find someone new in the villa.

“So anyway, anything you want to ask me or talk to me about?” the actress started the conversation, as Davide replied: “Not really, no.

“I thought I had been clear, nothing changed in my opinion of you. Sometimes I laugh with you and like to take the piss out of you but…”

“I’m not coming to you to – this is a friendship talk. Relax,” Ekin-Su hit back, confirming she was not trying to rekindle their romance.

Prince Andrew & Ghislaine Maxwell had ‘intimate relationship’ which gave her ‘unrestricted access to...

Piers Morgan says BGT asked him to take over from Simon Cowell – but...

Love Island’s Ellie Brown shows underboob in a bikini as she poses on yacht...