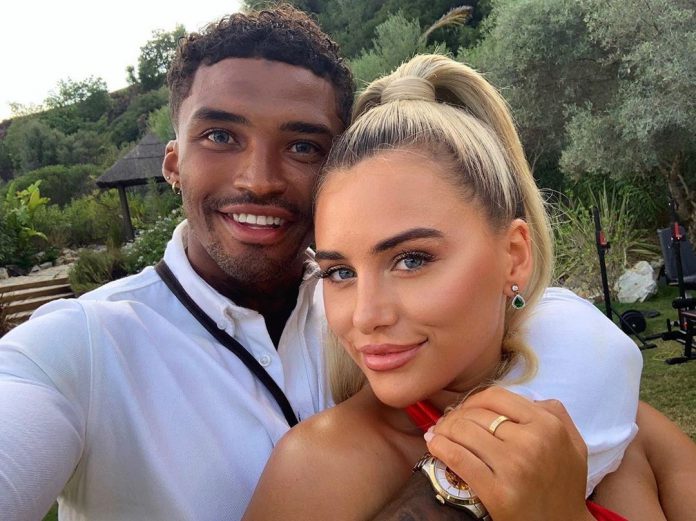 MICHAEL Griffiths and Ellie Brown have lifted the lift on their failed romance while appearing on a podcast.

The former couple, who hit it off on Ex On The Beach, appear to be on good terms – despite Michael admitting that Ellie once “hated” him for going on dates with other girls.

Michael, 28, previously revealed Ellie, 21, was the “one”, but feared he would eventually hurt her.

Opening up about their romance on The Reality Tea podcast, he explained: “Ellie hated me for a little bit. Not immediately after it happened, but it was for a while until last month. Yeah, pretty much December.

“So I’ll explain it from my my point. So from the get go, I said to Ellie that I didn’t want anything to kind of progress any way because I thought that I would hurt her.”

Ellie added: “Yeah, when we left the villa we said we werent in a relationship. That was always like set in stone.”

The former couple appear to be on good terms now

Michael concluded: “So was I. I don’t want it to go anywhere because I know Im gonna hurt you. And I don’t want to lose the friendship that I’ve got with you because I like, I adore Ellie, like I do.”

Ellie later unfollowed the hunky firefighter after spotting him on a date with another girl, just days after their split.

“So Michael started seeing this girl, right,” she continued.

“He went to Winter Wonderland with her right, and then he got a picture there for promo and text me saying, what should I caption this picture?”

Ellie confirmed she was single earlier this week

The pair opened up about their romance on the BBC podcast

“I was like are you serious? Dont ask me to caption the picture of you at Winter Wonderland with another girl!”

Earlier this week, Ellie set the record straight on their romance as she confirmed she “does not have a boyfriend.”

Taking to Instagram, she said: “I want to clear up that I do not have a boyfriend. I did not find the one, and that picture is from five months ago – we all have pictures together.

“I do not have a boyfriend.”

The former Love Island pair got together last year after filming the MTV reality show.

Michael claimed he was well and truly smitten by the Geordie.

He told The Sun Online exclusively: Ellie and I did form a good bond on the show. The relationship we built was unbelievable. To have someone as amazing as her in my life means so much. I’m head over heels and I’m not letting her go.

End of self-isolation could be delayed past August 16 if cases rise again, minister...