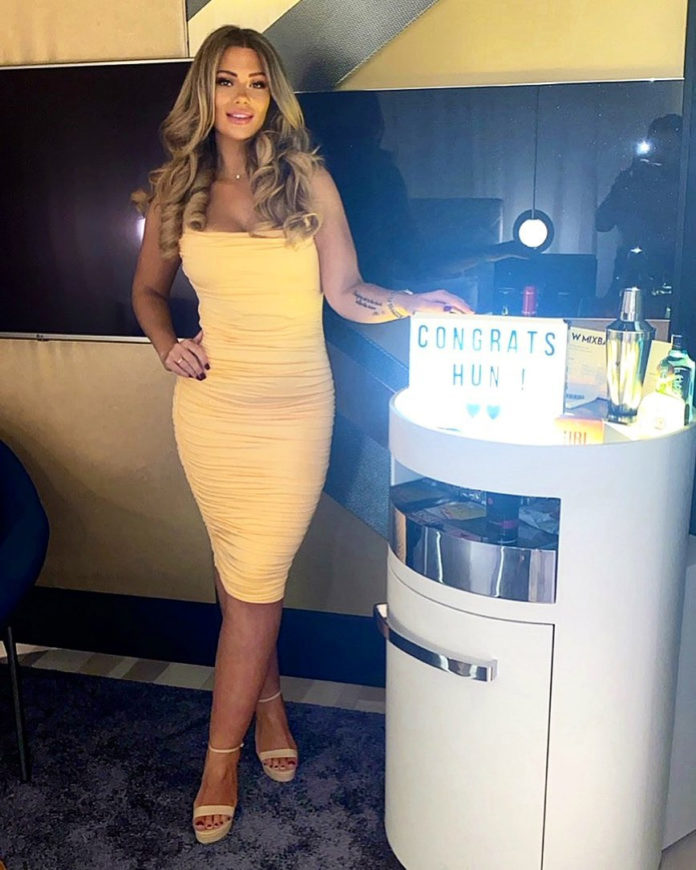 LOVE Island’s Shaughna Phillips let her hair down last night as she celebrated Paige Turley’s series win at a boozy party with her co-stars.

The popular contestant filmed the moment the winner was announced at the screening party inside London’s swanky W Hotel.

She was joined by Sophie Piper, Nas Majeed and Connagh Howard at the afterparty with sparklers, bottles of bubbly and cocktails.

Shaughna sang and danced as she filmed the night on her Instagram story.

Paige and Finn were crowned winners of the first Love Island 2020.

The Scottish singer, 22, and the semi-professional footballer, 20, fought off Luke Trotman and Sinnise Fudge to snatch the 50,000 cash prize during the live finale.

The pair are the first couple to win the ITV dating show’s winter edition, which took place in South Africa.

Following their win, Paige was given the option to steal the 50k after nabbing the golden envelope.

However, she decided to split the prize fund and share 25k with Finn.

Earlier in the episode, a suited and booted Finn had viewers, and Paige, in tears as he poured his heart out to his girlfriend.

The couple fought off Luke Trotman and Sinnise Fudge

Making his feelings clear, he told her: “Paigey baby you make me the happiest Ive been for a long time.

“And you make me so excited for things after Love Island. The one I most excited for is moving to Manchester with you.”

His emotions got the better of him and he began sobbing.

Finding his voice again, Finn went on: “Thats because I cant stand the thought of not being with you 24/7. My mum told me yesterday Ive fallen hard, havent I and I guess mums are always right.

“I came and found a girlfriend and a best friend. I know I said Id wait to say it but I also said Id say it when I felt it so

Paige’s claim to fame before Love Island was that she was once singer Lewis Capaldi’s girlfriend.

The Someone You Loved singer namechecked Paige when he won Song Of The Year at the Brits last week.

But he set the record straight regarding the inspiration behind the song, revealing it was about his late grandmother and not Paige, as many people believed.

Meanwhile Paige and Finn had been a firm favourite with fans since hitting it off in the famous villa.

They even made things official, with Finn asking Paige to be his girlfriend with a romantic speech.

Both decided to remain loyal during the Casa Amor test and have grown closer ever since.

Fans were overjoyed as the pair were crowned winners last night.

Paige was given the option to steal the 50k cash prize

They won over viewers in recent weeks

Taking to Twitter, one wrote: ” Awwwwww Paige and Finn!.”

A fourth added: “When I heard Finn and Paige had won, I cried of happiness.”

Their win proved bookies wrong as Luke and Siannise were the front-runners with odds of 1/4.