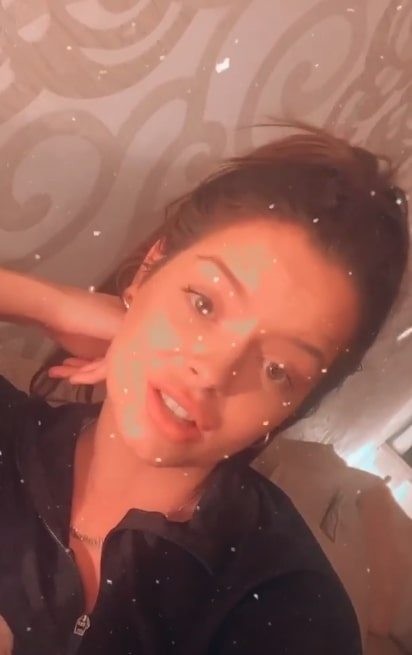 LOVE Island star Maura Higgins has branded herself “fantastic” as she hit back at trolls who claimed she had photoshopped her pictures.

Maura posted then deleted a smouldering thong bikini selfie after her comments were bombarded with allegations of photoshopping the snap.

Maura hit out at trolls

She then took to Instagram stories to admit she “couldn’t be dealing with the s**t” and to prove it wasn’t fake, she shared a behind-the-scene video.

Mimicking the comments, she quipped: “‘Oh that’s so photoshopped, uhhhhh’.”

“Get over it! And by the way, it’s not actually photoshopped, yeah there’s different lighting on it because I put a filter on it and just to prove you are wrong, I’m going to upload the video on my story, just to prove that I actually am fantastic.” She deleted then reposted this picture The reality star admitted she was “losing her marbles” Maura, who found fame on the 2019 series of Love Island, then shared the Boomerang video before returning to filming her message, retorting: “I cannot stop laughing.

“I feel like lockdown is sending us all crazy. It’s just not like me to delete a photo just when I get some abuse so yeah I’ll put it back up and deal with the abuse – I always have done.

“It’s just the lockdown, we’re all losing our marbles, but send the hate my way.”

The Love Island beauty had slipped into the leopard print two-piece and took a cheeky mirror shot. The sexy shot comes after Dancing On Ice pros Carlotta Edwards and Alex Demetriou split up — after he became close to celeb partner Maura.

The professional skaters are said to be “taking a break” from their four-year marriage but pals fear it is all over — amid claims that Alex, 28, is in constant contact with Maura, 29.

Carlotta, 30, has taken off her wedding ring and flown back to her native Canada while Alex — who removed his band in January — has remained in the UK.

The couple’s ­relationship started to crumble as Alex danced with Maura on the ITV series earlier this year.

Im A Celebrity LIVE reactions as Andrew Whyment and Cliff Parisi make their...

Russia’s PM, former President and dozens of oligarchs are banned from Britain in latest...

New lockdown rules explained: Everything you can and can’t do now