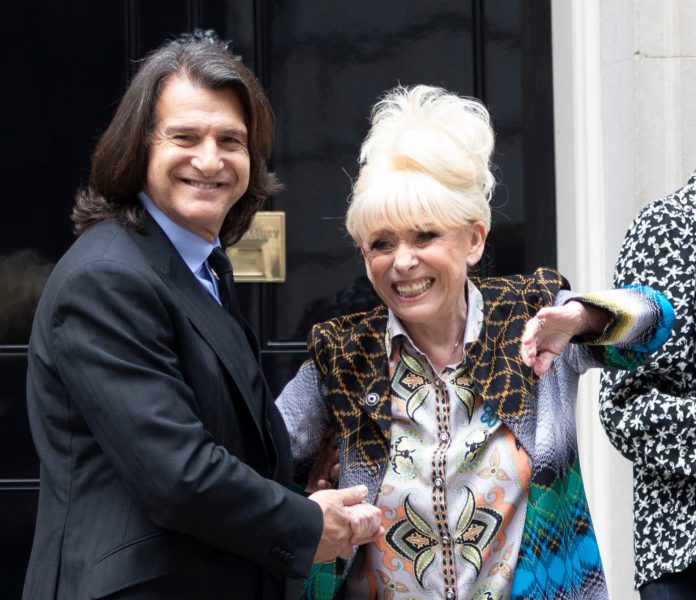 BARBARA Windsor fails to recognise husband Scott and ‘asks to see mum’ amid her battle with Alzheimer’s.

The former EastEnders actress revealed she was suffering with the disease in May 2018, after being diagnosed in 2014.

But now, the 82-year-old’s husband Scott, 56, has revealed her condition has worsened to such an extent that she doesn’t recognise him or their home.

Speaking to The Mirror, Scott said: “Ive definitely seen a progression in the last year. Barbaras symptoms have deepened, especially where her confusion is concerned.

Constantly, she does not realise where we are, even in the house. She will ask me, When are we going home?

Sometimes she will ask me about people who have already passed away, as if they are still here. That is something she does regularly about her own parents. It is a very difficult one.

Barbara will often say to me, Do you know how to get in touch with my mum? Id like to have a chat with her. I havent seen her for ages, I need to see her.”

Scott – who married Barbara in April 2000 – said the situation was “heartbreaking” for him, especially when she doesn’t remember who he is.

He said: “One of the things she sometimes asks me is where I live. She will say to me, So where do you live now, Scott? Which of course is a very difficult thing.

“I have to remember she doesnt always realise its me. Sometimes she will say, Where is Scott? Do you know where my husband Scott is?”

Scott – who has been with Barbara for 26 years – added that Barbara can switch between being unsure of him, to becoming anxious when he’s not by her side.

He said: “If I leave the lounge to go to make dinner, shell either follow me or will be calling me in a minute or so saying, Where are you, are you coming in here?

“I think it is anxiety and fear that suddenly, if she cant see me, she may feel alone and disorientated if she doesnt recognise the house.

Love Island’s Paige Turley and Finn Tapp head out in Manchester after celebrating the...

Furious Jedward lash out at Simon Cowell for ‘deleting their legacy’ by removing their...