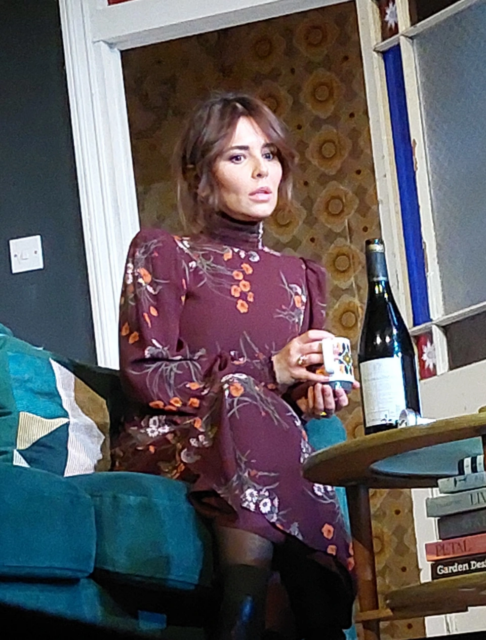 CHERYL’S West End theatre show has been thrown into chaos after her co-star was forced to pull out – less than a week after she made her debut.

The singer, 39, kicked off her three-month stint in Ghost Story 2:22 over the weekend and received rave reviews.

Cheryl’s co star has been forced to pull out

Jake Wood has stepped in to join the cast

But it has now been revealed that Hugo Chegwin, who starred opposite Cheryl, has withdrawn due to illness during the rehearsal period – and has been replaced by EastEnders legend Jake Wood.

Cheryl follows in the footsteps of Lily Allen and Laura Whitmore to take on the leading female role of Jenny in the spooky show, while Hugo was supposed to be playing her onscreen husband Ben.

Jake was one of the original cast members of 2:22 A Ghost Story when it opened in summer 2021 at the Noel Coward Theatre, along with Lily Allen, Julia Chan and Hadley Fraser.

Jake will perform from 26 January until the end of the run, and previews up until that performance will be covered by understudy Ben Cutler.

Speaking about his return, Jake said: “It was an honour to originate the role of Ben at the Noel Coward, winning the What’s On Stage best supporting performer in a male identifying role in a play Award for 2021, and I am so excited to be rejoining the cast until the end of April.

“Danny Robins’ script is funny, touching, and so entertaining and easily the best play I have ever read. If you’ve seen the show before, come back and see it again and I promise that you will enjoy it just as much as I know I will the second time around.”

Did you miss our previous article…
https://hellofaread.com/soap-opera/emmerdale-fans-convinced-legendary-character-is-leaving-soap-after-spotting-seriously-worrying-clue/

Meghan Markle has the ‘world’s most beautiful feet’ while Emma Watson’s are ‘near perfect’,...