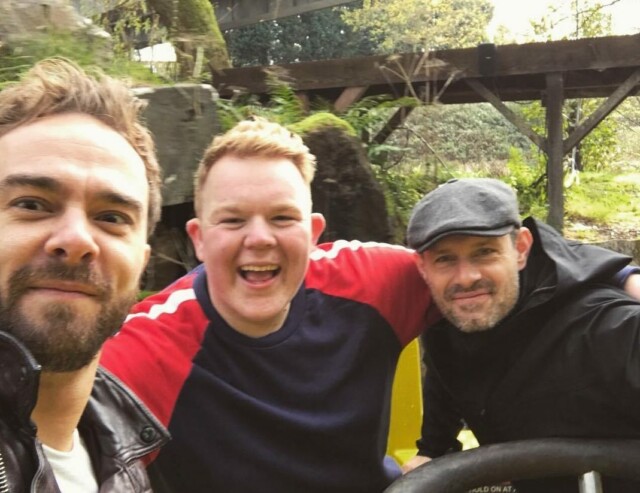 CORONATION Street’s Colson Smith has joked he’s “homeless” after his co-star Ben Price decided to move into his new flat.

The Craig Tinker actor, 23, has lived with his Corrie co-stars for years having swapped Jack P Shepherd for Ben Price in 2019.

Speaking on their Sofa Cinema Club podcast, Colson said: “It’s emotional for me, it’s an end of an era. Me and Ben after three years and seven months of living with each other, it’s come to an end. The dream is over.

“I lived with you Jack [P Shepherd] for a year, and then Ben for three and a bit years. I’ve literally had my university with you.

“Ben has gone into his new swanky flat, and I’m currently homeless, awaiting to move into my bachelor pad. My own house that I own, it’s like a box tick moment.”

Ben, who plays Nick Tilsley in the ITV soap, teased him, saying: “I think it’s time.

“I’ve done all I can. I’ve taken you through those years and it’s time now you have your own gaff.”

The 50-year-old star added: “You don’t want the old duffer in the back bedroom, ‘Be quiet, he might be awake.’ “

Colson revealed he’d moved in with Ben in 2019.

Ben, who plays Jack’s half-brother Nick, explained: “It was like, ‘The lease is up, you’re having him.’”

Colson and Jack lived together for a year in a £300,000 flat in Manchester up until January.

Their musician mate Freddie Bolt also lived with them and the lads were known for throwing a few wild parties.

In 2018 Jack was pictured passed out in the lift of the flats following one to many while celebrating the World Cup over the summer.

But when their lease came to an end Jack decided to move in with his girlfriend Hanni Treweek.

Jack previously revealed how much he helps Colson around the house, saying: “I live with Colson – and that’s a challenge. I have to teach him about life and things, and I do his washing.”

Colson, Ben and Jack launched their podcast, which sees them sit down to watch a movie together, three years ago. 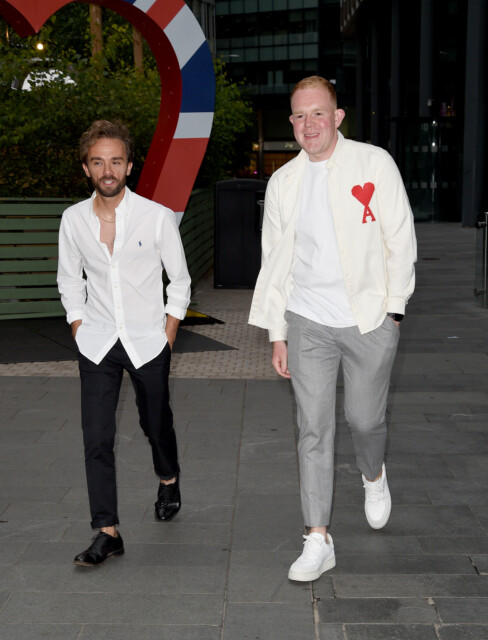 Jack P Shepherd and Colson at the summer bash
Did you miss our previous article…
https://hellofaread.com/soap-opera/eastenders-spoilers-kim-fox-stunned-as-howie-hides-major-secret-from-her/