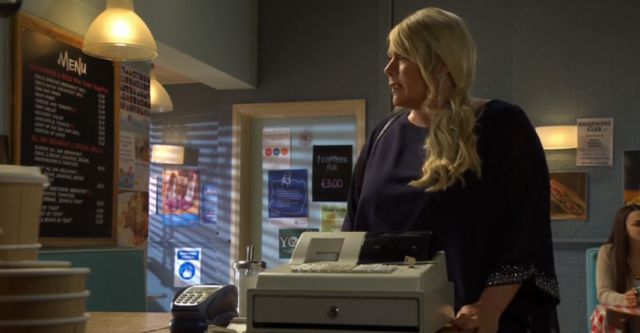 EASTENDERS fans have spotted Kathy’s Cafe is ripping off customers with a dodgy ‘breakfast deal’.

The Albert Square eatery is ran by Kathy Beale and is a popular haunt for residents, despite some questionable prices.

Eagle-eyed viewers have noticed the menu features a breakfast ‘deal’, however, it costs more than buying the items included individually.

Buying the latte and a sandwich separately therefore costs £4.70, a whole £1.30 less than the ‘deal’.

That isn’t the only thing viewers questioned, after Phil Mitchell was seen looking at face masks in the Mini Mart. The items in the deal are cheaper to buy individually The meal deal is £1.30 more than getting the items separately

Seeing the £8 price tag, Phil questioned employee Honey, who admitted that was correct.

One fan wrote on Twitter: “£8 for a face mask in Watford oooft!”

Even more surprising was the fact that Phil ended up buying the masks. It didn’t stop him complaining to Callum about the price later on in the episode, however, some viewers didn’t see what all the fuss was about.

One wrote on Twitter: “£8 for a face mask that’s cheap for London.”

A second added: “Oh shut up Phil complaining about the cost of a mask.”