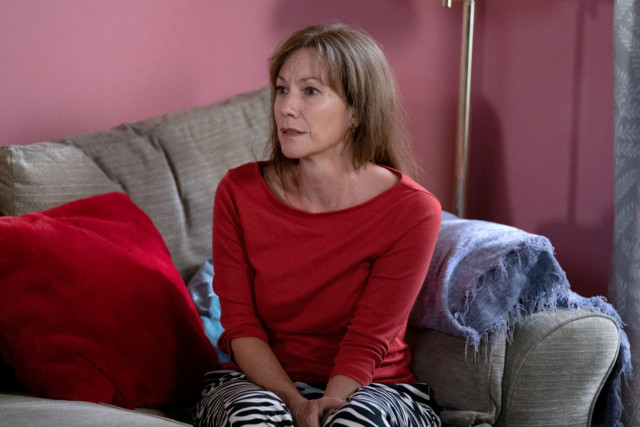 TIFFANY Butcher has agreed to be a surrogate for Rainie and Stuart in EastEnders.

The teen – who is played by actress Maisie Smith in the BBC soap – agreed to carry the funeral director couple’s baby in exchange for £10,000. But will it all end in tears? Here’s the lowdown…

Rainie offered Tiffany £10,000 to carry her and Stuart’s baby

What do we know about the surrogacy storyline?

When Rainie’s appointment at the fertility clinic didn’t go to plan this week, Stuart suggested looking into surrogacy.

Rainie then had an idea, and offered Tiffany £10,000 to be their surrogate.

While her husband Keegan was horrified, Tiffany reminded him she could do what she wants with her body and eventually accepted Rainie’s offer.

Explaining her thought process to Keegan, she said: “We’ll treat it like a job. They get their baby and we get the money and we can stick it into the business.” Tiffany told Keegan they’d treat the surrogacy like a job

Will Tiffany go through with the surrogacy?

It’s not yet clear how Tiffany – who is only 17 years old – will accept Rainie’s offer when surrogates in the UK have to be a minimum age of 21.

Commercial surrogacy in the UK is also illegal, meaning Rainie and Stuart are also breaking the law by offering to pay Tiffany £10,000.

EastEnders fans have predicted the whole thing will end in tears.

One disgusted fan tweeted: “Tiffany is a 17-year-old girl, not a broodmare. I can’t believe Rainie and Stuart would ask her to be a surrogate #EastEnders.”

Another fan added: “Wow rainie asking Tiffany to be her surrogate. I’m not sure this will end well. #EastEnders” Rainie and Stuart are breaking the law by asking teenage Tiffany

Why did Rainie ask Tiffany to be a surrogate?

Rainie dropped the shock bombshell on Stuart that she was pregnant on their wedding day earlier this year.

But her world came crashing down earlier this month when she was knocked over by Keegan on his motorbike and went to the hospital to get checked out.

Rainie was stunned when the doctor informed her that she’d been having phantom symptoms – and that there never was a baby.

Microsoft to lay off 10k employees during ongoing $69billion deal

Brexit Bill set to sail through Commons today as Boris brings it back for...

Meghan Markle ‘was furious about her Vanity Fair cover claiming it was RACIST due...