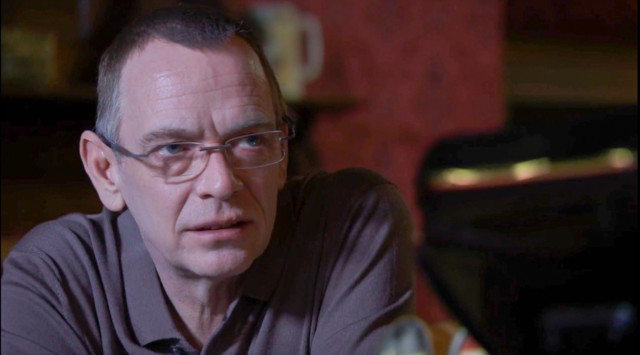 IAN Beale survived Sharon Watt’s final attempt to kill him tonight in EastEnders (January 22) – but then did a runner from Walford.

But has Ian – who is played by actor Adam Woodyatt in the BBC One soap – left Walford for good? Here’s the lowdown…

Viewers watched Sharon go full steam ahead with her murder plan during tonight’s episode (January 22) only for Ian to catch her out – and tell her to eat some of the poisoned pasta herself.

A furious showdown ensued as Sharon forced Ian to admit to killing her son Dennis Mitchell.

It was confirmed back last year that Ian Beale will be taking a temporary break from EastEnders in 2021.

The news came as it was revealed actor Adam Woodyatt will star in stage show Looking Good Dead for six months during a break from soap.

Will Ian Beale return to EastEnders?

While Ian actor Adam’s departure from the show has been confirmed, his exit will only be temporary.

So fans will be relieved to hear that Ian will be back one day to cause more trouble.

Adam will star in Looking Good Dead from April until September during his absence from the soap. The actor revealed: “I am so excited to be swapping the square for the road in the world premiere stage production of Peter’s fantastic novel Looking Good Dead.

“I can’t wait to tour the UK and to experience the feeling of performing this thrilling play in front of a live audience every night.

“There are not many things that would persuade me to take a break from EastEnders, but this is one of them.”

How did Ian discover Sharon’s plan in EastEnders?

Max refused to back down when Ian insisted Sharon would never hurt him, and Ian eventually agreed to go the to doctors for some tests.

What happened to Denny in EastEnders?

Dennis drowned in the boat disaster back in March 2020 after the teen was locked below deck by Ian Beale for bullying his son Bobby.

However, when the boat crashed and began filling with water, Ian was unable to rescue him in time.

When Ian did manage to drag Dennis out of the current, it was too late, and Dennise was pronounced dead at the scene.

Teachers are safe back in class and at no more risk of coronavirus than...

15 times Meghan Markle’s ‘truth’ was called out from Mandela mystery to N-word row...

Kids’ grassroots sport WON’T continue – but they can carry on playing football at...