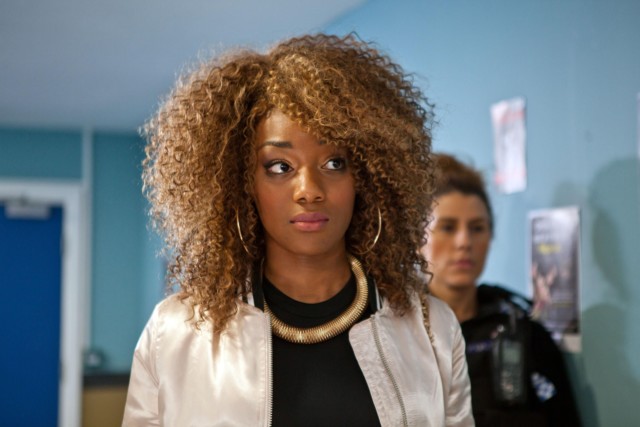 HOLLYOAKS stars Lysette Anthony and Luke Jerdy are at each other’s throats over the recent accusations of racism by costar Rachel Adedeji.

The 28-year-old actress plays Lisa Loveday in the Channel 4 soap and took to her social media on Friday to condemn the show for its response to the Black Lives Matter movement.

Lysette who plays Marnie Nightingale responded to people on Twitter who called her out for not publicly saying anything about Rachel’s accusations.

She wrote: “Oh I will speak.. from a place of compassion and FACT..but I will NOT be bullied into safe, white, knee jerk rhetoric.”

But when Lysette doubled-down on her stance, Jesse Donovan actor, Luke Jerdy, retweeted her and warned her not to be “hurtful”.

He wrote: “If you want some FACTS…feel free to DM me. I was there when one of the incidents with Rachel happened, I heard it with my own ears. We are now patiently waiting for a response from Hollyoaks. “Check with your colleagues and reach out before tweeting this stuff. It’s hurtful.”

Luke claimed he went to Hollyoaks‘ bosses after the incident but nothing was done and wrote to Rachel after her original message that he would “stand with you, support you and always will. Time for real change”.

Lysette continued to play the victim, later tweeting that she was in the same boat as JK Rowling who is embroiled in her own transphobic Twitter controversy.

The actress tweeted, “there’s a lot of it about” when actor Joe McGann suggested people were coming for JK with “pitchforks and torches”. Rachel accused Hollyoaks of being “performative and disingenuous” before listing the show’s shortcomings and said “systematic changes must be put into practice.”

Her comments have lead the show to launch an investigation, and now a number of Rachel’s co-stars have come out in support.

The soap has issued a statement saying: “Hollyoaks has zero tolerance on racism. We are taking Rachel Adedeji’s comments extremely seriously and are investigating.”

Posting to her Instagram Stories and Twitter last night, Rachel condemned the show, writing: “I am disappointed with Hollyoaks’ approach to showing solidarity with the Black Lives Matter movement yesterday. Hollyoaks said it would launch an official investigation into Rachels accusations

“Did Black Lives Matter when I was told “You’re all the same” by a make up artist you employed, and remains in employment til this day?”

The former X Factor contestant was responding to a video posted by the show which involved her on screen aunt Kelle Bryan.

Rachel went on to detail some of the list problems at her workplace – including the lack of diversity in the directing team and shocking slurs from a senior member of production.

She said: “Did Black Lives Matter when a number of female black actors were forced to drastically change their hair, because if not, the viewers ‘would not be able to tell them apart.’?” Rachel continued: “Do Black Lives really matter to you if over the last four years at Hollyoaks, I have only worked with one black director?”

Suggesting this was just scratching the surface, Rachel added: “Honestly, the list goes on.

“Having a black cast member speak on behalf of Hollyoaks to show that the work is being done is not as progessive as they think. As a matter of fact, very little is being done behind the scenes.”

Many of her co-stars came out to support her including,  Karl Collins, who plays her on-screen father Louis Loveday, wrote in response: “Well….. it will come as no surprise that I love this woman who I affectionately call ‘darta!’.” Ross Adams – who plays Scott Drinkwell – added: “Sending you love, respect and solidarity. I commit to doing better, to educate myself and to stand by anyone facing discrimination anywhere.”