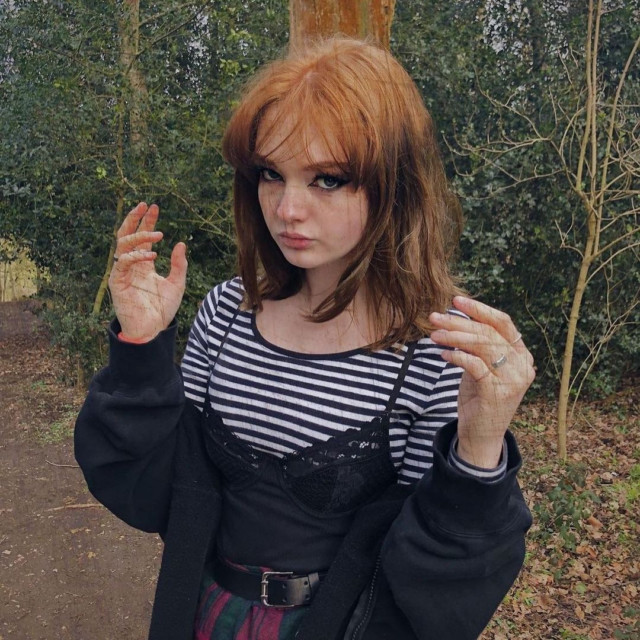 JAKE Wood has shared a snap of his rarely seen daughter Amber with fans after his EastEnders exit.

The actor – who played Max Branning on the BBC soap from 2006 to 2021 – took to Instagram to pay tribute to the teenager.

Back in 2019, Jake revealed that the teen was interested in becoming a model and it looks like he’s all for it.

The youngster took to her own grid to share some snaps that her dad had taken of her – and Jake couldn’t resist sharing them with his 179k followers.

Posted @withregram • @amberbowood thanks dad for the photos.” Amber looked gorgeous as ever in the grunge outfit.

She rocked a striped t-shirt and paired it with a black bodysuit over the top to add some layers to the look.

The teen also wore a red tartan mini skirt, a leather belt with a skull keyring attached to it, and an oversized hoodie to keep her warm in the woods.

Amber styled her fiery red hair into a middle parting and finished the look with some dramatic winged eyeliner. Jake with his wife Alison and two kids – Amber and Buster Fans flocked to the comments section to praise her beauty, with many pointing out that she looks just like her dad.

One wrote: “She looks amazing ! One of the best families.” A fourth chimed in: “Dad’s twin

Jake’s recent post comes after Eastenders fans were left in tears after his alter-ego left Walford for good last week.

Back in September it was revealed that the star was leaving the show in an explosive storyline.

Just before the end of 2020, Jake bid farewell to the Square as he filmed his final scenes as Max Branning.

The businessman had no option to leave after he was turned on by ex Linda Carter, his brother Jack and even Phil Mitchell got the upper hand on his blackmail attempt.

But don’t worry, Jake could be back on our TV screens in the near future as his character won’t be killed off.

Jake previously said: “I have loved playing Max Branning who amongst other things in that time has had 4 marriages, 10 affairs, 4 children (2 dying from falling from the roof of The Queen Vic), been buried alive, watched unwanted DVDs at Xmas and perhaps most traumatising of all… shared a hot tub with Ian Beale.

“I have made some truly great friends whilst on the show and I’ll miss everyone there. I’m grateful they have left the door open for Max and I’m excited to see what new horizons are around the corner.”

Inside Molly-Mae Hague’s two-year anniversary celebration with Tommy Fury as she asks ‘how did...

Labour vow to tell nation how they would fund ‘magic money tree’ policies after...

A-level and GCSE announcement: What is happening with exam results?