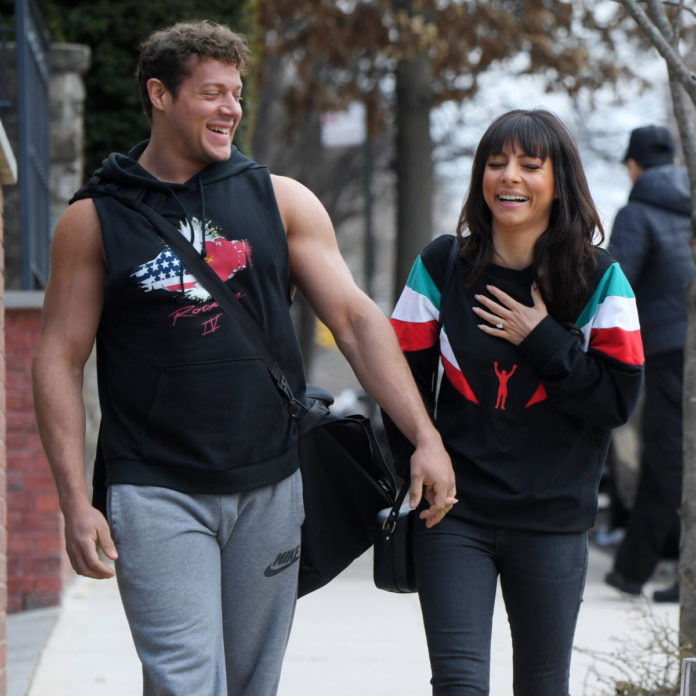 ROXANNE Pallett looks loved up with her new husband Jason after opening up about their baby plans.

The former Emmerdale actress walked arm-in-arm with her American hubby, who she married in a secret ceremony earlier in the year.

The couple kept it casual as they walked from their Manhattan apartment.

Meanwhile, Jason looked ready for the gym in grey trackies and a sleeveless hoodie, with black shoes.

The actress recently revealed she is ready for a fresh start with Jason after feeling like she was “the most hated woman in Britain” – including having a baby.

She told Closer earlier this month: “I’ve met the love of my life and I feel mentally stronger. I truly believe all the negativity I went through pushed me to this point.

“In a way, I’m grateful for all that went wrong, even though it was brutal. It was worth all the heartache because now I’m living my best life.”

She continued: “When I met Jason, I knew instantly he would be the father to my kids.

“We laugh, because on one of his first calls as a firefighter, he had to deliver a baby in a NYC subway, so when we do have kids, I know he’ll be prepared.

“We both want it to happen, but we’re leaving it to fate.”

Roxanne faced a huge public backlash in 2018 when she accused Corrie star Ryan Thomas of maliciously punching her during a play fight on the show. She later admitted she had “got it wrong”.

Husband Jason – who Roxanne by chance when she needed directions in New York – knows all about her past. She says the firefighter isn’t bothered.

She said: “There’s no stone unturned – I wanted to be completely honest as I’ve had years of pretending and it was draining.

“I’ve told him my regrets, my truths, and the weight of being in the public eye for the last 15 years. He wasn’t fazed at all.”

Amanda Holden fears I’m A Celebrity 2020 will be CANCELLED after Wales closes border...

Maura Higgins takes a swipe at ‘basic’ Dancing On Ice routines as she claims...