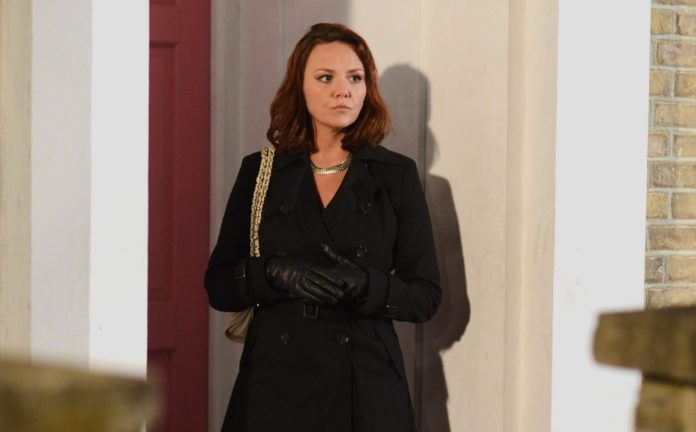 SINCE EastEnders first catapulted onto our screens back in 1985, the show has been churning out some of soap’s most legendary characters.

So what have some of the cast been up to since leaving? From Leslie Grantham to Patsy Palmer, here’s all you need to know to get your Walford nostalgia flowing…

Charlie Brooks first played ruthless villain Janine in 1999 and was at the centre of some gripping storylines in Albert Square.

She committed a number of dastardly deeds including pushing her husband Barry Evans off a cliff shortly after their marriage in 2004.

She then took a break from the soap and played killer nurse Beverley Allitt as well as appearing on the stage in the West End.

She reprised her role as Janine in EastEnders in 2008 and stayed until 2014.

In 2012, Charlie won I’m A Celebrity Get Me Out Of Here and narrated Botched Up Bodies on Channel 5. Since leaving the Square in 2004 – after his character Barry Evans was murdered by Janine – Shaun Williamson has been treading many a board in theatres and even parodying himself in Extras.

Shaun was also due to appear on the 50th anniversary of Glastonbury this year but was devastated when his slot was axed due to coronavirus.

The actor has admitted he struggled to find regular TV work after his stint on EastEnders and that he’d love to star in Corrie or Emmerdale instead. Patsy Palmer played feisty redhead Bianca Jackson on the BBC One soap from 1993 to 1999 and 2008 to 2014, briefly appearing again in 2019 for her daughter Whitney’s doomed wedding to Callum Highway.

After quitting in 2014, the red headed star moved to Malibu to spend more time with her family along with her husband Richard Merkwell.

The mum of four stunned fans in January 2019 when she was unveiled as the butterfly on talent show The Masked Singer. During her appearance on the show, Patsy also shocked viewers with the news that she’d turned to DJing in Malibu.

HOAR Online has exclusively revealed that Patsy will be returning as Bianca to help her daughter Whitney through her murder trial, which is set to air in the upcoming weeks. Leslie played famous villain Dirty Den Watts – one of the most evil characters in soap history – and suffered from as much personal scandal as his character.

The actor was a convicted murderer when he joined the EastEnders cast in 1985, having shot and killed a German taxi driver, and was also caught up in a webcam scandal.

Dirty Den was killed off in 1989, and following his departure Leslie secured several TV appearances including the Paradise Club with Don Henderson and The Stretch.

In 2003, Leslie made a dramatic comeback from the dead on the BBC One soap, before bidding a second goodbye to the Square when his second wife Christie Watts whacked him over the head with a door stop inside the Queen Vic.

The 71-year-old soap legend died in 2018 after a battle with ill health. Anita Dobson played Angie – the first landlady of the Queen Vic – from 1985 to 1988 and was put through hell at the hands of her evil husband Dirty Den.

Angie was famously served divorce papers by her husband in EastEnders’ most-watched television episode of any UK soap ever.

But the actress eventually swapped the Queen Vic for Queen Elizabeth in the BBC three-part series Armada in 2015. But one of her most iconic moments has to be the duff-duff cliffhanger when Sharon returned and turned out to be the new Queen Vic landlady in 2001.

The Mitchells had sold the pub to a mystery buyer, and Sharon nearly shocked Peggy out of her skin with the sassy line: “Hello Peggy – bet you never thought you’d see me again!”

Following her departure from EastEnders in 2016, Barbara took up voice acting and played the Dormouse in the live-action move Alice in Wonderland.

Special adviser forced out of MoD just weeks after standing up to Boris Johnson’s...

Hop on a cheery Easter trend & check out great value wreaths to decorate...