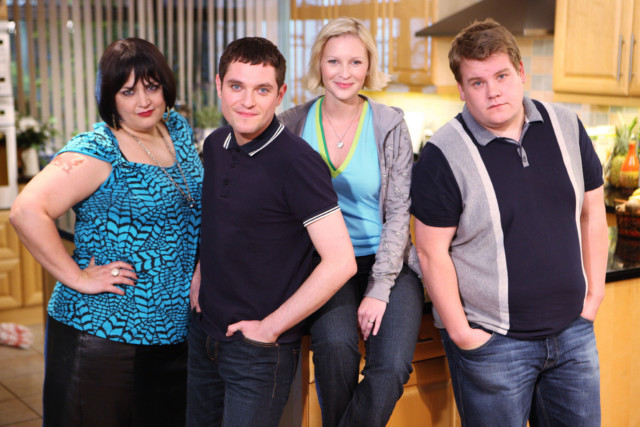 LEGENDARY sitcom Gavin and Stacey had the nation in stitches and launched the stellar careers of co-creators Ruth Jones and James Corden.

But what happened to the rest of the cast?

Writing on Instagram, she said: “Well, this is a surprise!! Baby number 4 on the way! It’s going to be a busy Christmas!”

The sitcom returned for a Christmas special, in 2019, after being off air for 11 years.

Here, we reveal what Nessa, Gwen and co have been doing since the series ended in 2010. Joanna Page, who played Stacey, is now a mum-of-three

Former Love Actually star Joanna Page, 44, played chatterbox Stacey. During the series she appeared in Kingsmill bread, Carphone Warehouse and Superdrug ads as well as on the cover of FHM.

But after it ended she has only appeared sporadically on TV – including as Queen Elizabeth 1st in Doctor Who.

“If it was up to me we’d have a fourth, but after the third James said he was done,” she said. “He thought a fourth might break him.”

But the 44-year-old unveiled her happy “surprise” this week.

After returning to Gavin and Stacey for the 2019 Christmas special, Joanna starred in the 2020 film Dream Horse, with Damian Lewis.

In 2018, he appeared on stage in Rain Man, and it was announced he would be in the new Dad’s Army remake. Mathew Horne, who played Gavin, was recently hit by a train

But in December the same year, Mathew was struck by a train after a boozy night out walking back to his parents’ house in Nottingham.

While he was hurled backwards after it clipped him at a pedestrian crossing, he apparently didn’t require hospital treatment.

Mathew, 42, is still acting and stars in the long-running series Agatha Raisin, with Ashley Jensen.

After the main show ended, Melanie Walters, 56, who played Gwen, decided to branch out from acting.

She set up Practical Pilates in Swansea, Wales, to help locals improve their posture. However, her Gavin & Stacey co-star Larry Lamb recently tempted her back in front of the camera.

The pair appeared in Pitching In, a four-part BBC drama set around a caravan park in Angelsey, on the north Wales coast.

Nessa and Smithy’s baby Neil is now all grown up.

But Oscar, now 13, was thrilled to return for the highly-anticipated Christmas special in 2019, after auditioning for the role.

40,000 criminals would have dodged jail last year under Labours vow to axe sentences...