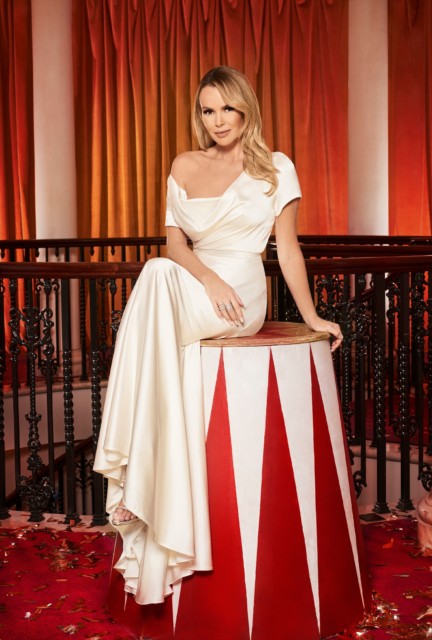 AMANDA Holden has revealed she feared Simon Cowell was going to die from his horror accident.

ITV insiders believe Simon will miss the BGT final after breaking his back falling off his electric bike. Simon broke his back falling off his electric bike

Amanda said: “I honestly panicked it could be fatal.

“It was gut-wrenching. I got a text in the night. I couldn’t sleep after.

“I felt physically sick as I didn’t know how bad it was. Simon has had rods inserted in his back

Simon has had rods inserted in his back and an ITV source said: “He will not return to the panel in time for the final.

“He’s obviously a massive loss but we are happy with the very talented judging panel.”

Amanda is in touch with his girlfriend Lauren Silverman since he doesn’t have a phone.

She added: “I sent him some Lego, cashmere socks and books and butterscotch Angel Delight, his favourite. Amanda, pictured with Simon and fellow BGT judge Alesha Dixon, says she wanted the music mogul to be able to walk

“Lauren is keeping his spirits up and cooking turkey shepherd’s pies.

“A producer spoke to him and says he sounds amazing, really well.

“Maybe he can record a segment for the final or do a Zoom.” What is inflation and what is the current rate?

Brit families could face average energy bills of up to £5,000 after Gov policy...

The Queen says she ‘can’t look down’ while wearing her crown because her ‘neck...