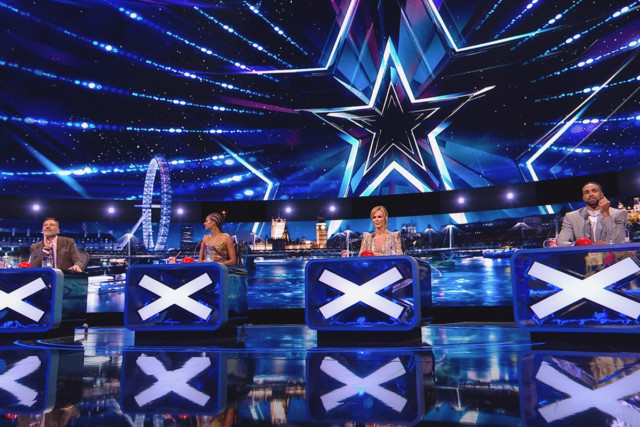 BRITAIN’S Got Talent returns tonight (Saturday October 3, 2020) for the fourth and final semi-final – and it promises to be a cracker.

Eight more hopefuls will go head to head in a bid to win two spots in the BGT final – with the eventual winner due to bag life-changing £250,000 plus a coveted role at The Royal Variety Performance.

What time is BGT on tonight?

Britain’s Got Talent is back tonight (Saturday, October 3) at 8pm on ITV1.

The running time of the family-friendly show is usually around an hour and a quarter. Who is performing tonight?

This evening (Saturday October 3, 2020) sees the 2020 semi-finals conclude – with the last eight contestants competing for a spot in the final.

They will be performing for two places in the final – one selected by the judges and the other by viewers at home who will be able to vote once the show airs.

Following Diversity’s huge performance, viewers will also be treated to a live performance from Amanda Holden following the release of her debut album, Songs From My Heart.

London based singer and guitarist Beth Porch will perform as will 10-year-old magician, Aidan McCann, from Ireland.

Drummer Crissy Lee, 76, from Colchester, will be gunning for the judges approval, while Hakan Berg – a 43-year-old comedy magician from Stockholm – will look to win over Amanda and co with a dazzling performance. Bringing further laughs to the stage will be Croydon-based comedian
Nabil Abdulrashid, 34, with his brand of stand-up earning him Alesha Dixon’s golden buzzer.

The groups will see gospel choir Shalom Chorale, comprised of members aged 17 to 40, sing their way to glory.

And Soldiers of Swing, a singing duo from Sheffield made up of 41-year-old Vince and 31-year-old Lee, will also look to set the judges hearts racing.

Meanwhile, 22-year-old uni-cyclist Wesley Williams, from Florida, will no doubt raise eyebrows with another unique performance.

Who are the judges?

Amanda is acting head judge while Simon Cowell recovers from his recent back injury – and the outspoken star will appear on stage tonight for a hotly anticipated performance.

His seat has been replaced by Diversity Star Ashley Banjo, who is also joined by familiar faces David Walliams and singer Alesha Dixon.

The four Britain’s Got Talent judges are reuniting tonight in the hope to finding a new act who can top last year’s winner – war veteran Colin Thackery.

Michael McIntyre, David Hasselhof and Piers Morgan were all judges between series 1 – 5.

Coronation Street star Faye Brookes desperate to return to the soap after appearing in...

Meghan Markle latest – Duchess and Harry ‘won’t shut up about happiness but loyal...