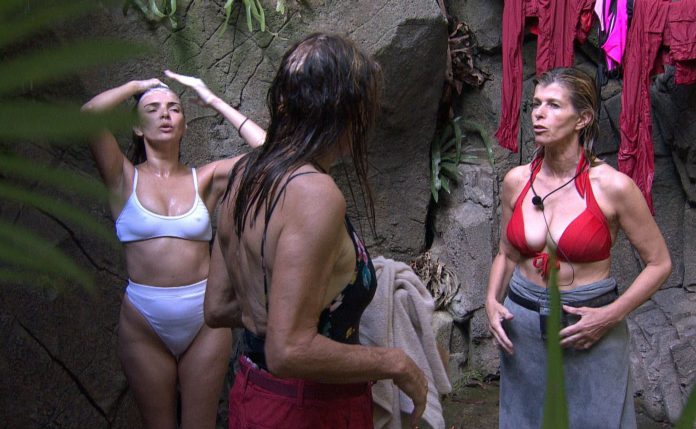 This week, HOAR exclusively revealed the ITV show had lost almost half its audience since the 2019 series began two weeks ago.

And now the Daily Star claims show bosses are desperate to boost the ratings back up again, including the sexy shower scenes that had featured in previous series.

A TV source told the publication: “Some elements that make the show popular are sadly lacking from this bunch.

“It feels like a mistake not to have enough single campmates and there hasnt been enough shower scenes.
Also, Andrew, Adele and Myles arent exactly household names.

And to make matters worse for producers, each nights programme is averaging 1.23 million fewer than its equivalent episode last year.

An industry source said: Seemingly, some viewers havent stuck about after seeing who was taking part.

There are some great names in Caitlyn Jenner and Ian Wright, but with every big star there must be lesser-known people and some viewers think there are just too many unknowns.

There hasnt been heaps of drama and viewers look to be turning off in quite large numbers at the moment.

And viewers have also noticed a huge lack of sexy scenes after the shows female stars opted to stay away from the camps iconic waterfall shower.

Which has proved a hit in previous years thanks to campmates including Myleene Klass and Vicky Pattison.

Casa Amor’s Eva reveals she was scouted by Love Island producers and quizzed about...