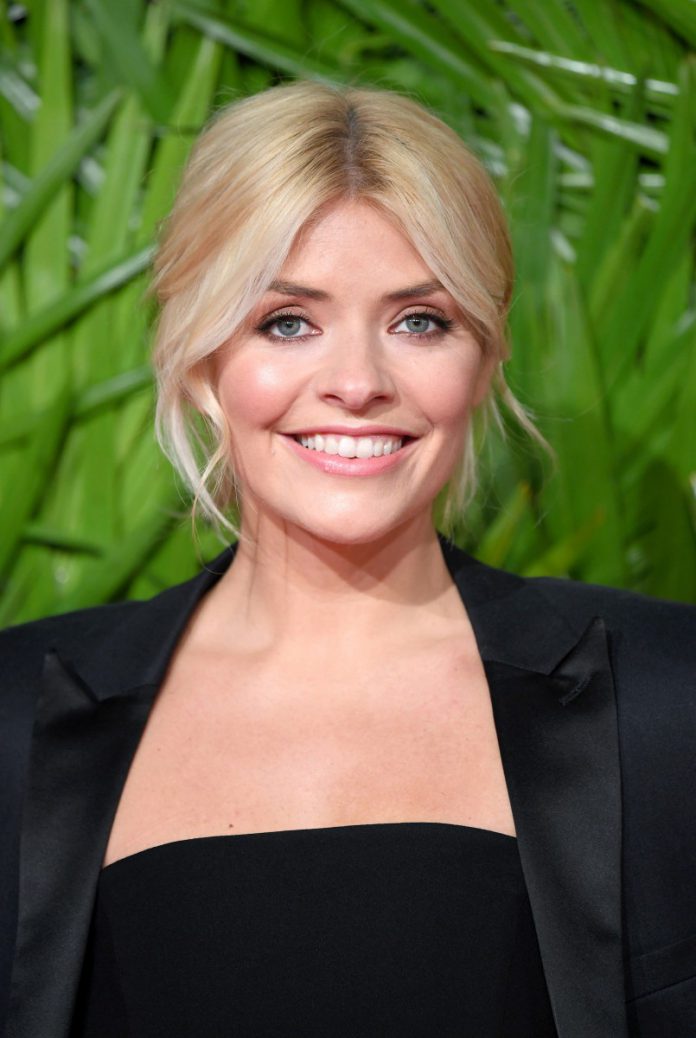 The 38-year-old, who stood in for Ant McPartlin during his hiatus last year, admitted the Capital FM presenter was “charming” on This Morning today.

Holly is backing Roman to win

Phil asked: “Who do we think is going to win? Is it possible at this stage?”

Former winner Toff was the first to predict Caitlyn Jenner, who is now odds on favourite, while Westlife star Kian revealed he’s getting behind Ian Wright.

Holly then added: “I think Roman Kemp is going to do very well. I think he’s going to be very charming.”

Holly and Phil discussed the famous jungle on This Morning

Kian, Biggins and Toff were on hand to give their opinions

Roman is currently 11/2 to win, according to bookies.

Holly temporarily waved goodbye to This Morning last November after she landed the job as Ant’s I’m A Celeb replacement.

Although she was a huge hit with fans, Holly was only there to step in for Ant for one series.

At the time,Phillip assured viewers it was only a “caretaker role”, adding: “Hollyhas been a triumph in the jungle.

Roman is currently 11/2 to win with bookies

Her stint alongside Dec was a success

“I am so pleased because it’s worked out so well for Dec in what was a tricky situation.

“It was always going to be a difficult series for Dec so I was happy Holly was able to step in.”

Despite her time in the famous jungle, Holly failed to mention the one-off gig during today’s This Morning show.

Queen Elizabeth funeral news latest – Prince Harry and Meghan ‘to return to US...