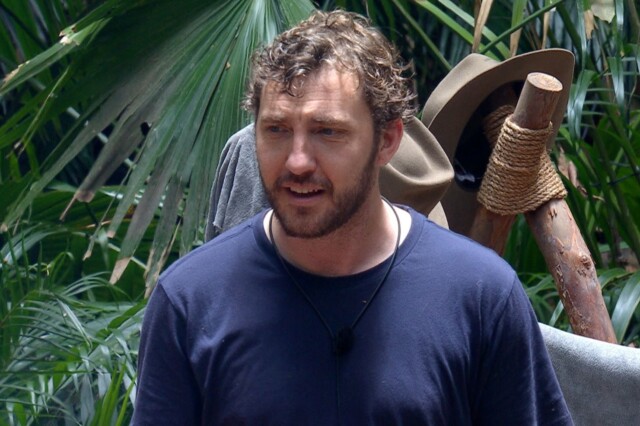 I’M A Celeb star Seann Walsh’s girlfriend Grace Adderley has been impressed by his efforts in the jungle as he was once left terrified by a leaf at home.

The campmates received letters from home in last night’s episode, in which his pregnant partner mocked the comedian, 36, following his involvement in a Bushtucker Trial.

She wrote: “Considering you once fell against the kitchen wall clutching your heart because Mildred brought in a wet leaf that you thought was a mouse, I was so impressed you did actually sort of put your hand in a box of rats, even if your hand was guided by Matt.

“The baby is kicking loads and sometimes I can see the bump moving around, which is such a surreal feeling.”

Matt Hancock’s girlfriend Gina Coladangelo wrote him a letter in which she said she was “particularly impressed that you conquered your fear of snakes,” but added: “We are less sure about the dancing.”

Meanwhile Zara Phillips, 41, wrote to Mike Tindall: “We are missing you so much and really needing some papa hugs, but glad you’re sharing them with your campmates.”

Sick paedos snared by undercover cops will be banged up for even LONGER after...

Love Island Australia’s Millie twerks her bum in Justin’s face as she gives him...