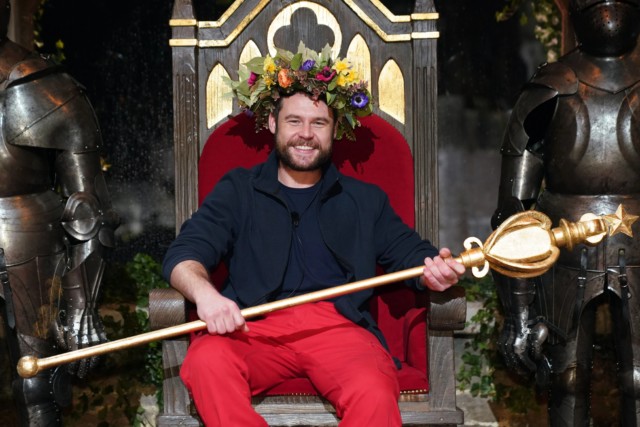 I’m A Celebrity’s reunion show was missing the “best part”. according to fans.

Legends Of The Castle, which aired last night, followed this year’s stars after they are booted out.

But viewers were left disappointed as they claimed their favourite part of the series’ extra episode was showing the celebrities going back to their hotels.

In previous years they’ve headed back to a luxurious five-star hotel in Australia.

Cameras followed the stars arriving back at the Palazzo Versace hotel, where rooms can cost up to £1,800, and being reunited with friends and family.

The hotel is located just a short drive away from the I’m A Celebrity camp filming location and once they’re booted out of the camp, they are treated to an opulent stay.

Viewers are often shown their first dinner outside of rice and beans – and what they get up to in the hours after leaving the jungle.

One said: “This is soo pointless what happened to the behind the scenes stuff we used to get after they left?”

Another asked: “Where’s the bit where they jump on hotel beds and eat food when they get out?”

Someone else said: “I miss the #ImaCeleb coming out show from Australia. Loved seeing them leave the camp and get to the boss hotel.”

One viewer added: “This @imacelebrity show is 3 weeks worth of TV in an hour that we’ve all seen.

“Where is the footage of them going back to their posh hotel in Wales. That’s what I’m here for!” Jacqueline Jossa – the last winner of the show filmed in Australia

Love Island’s Finley Tapp gets out of his football contract with Oxford City FC...

Ant and Dec reunite with Cat Deeley at the SMTV Live studio as they...

Singapore and Thailand ADDED to UK’s safe list of nations

Universal Credit support is ‘on the table’ to help cash-strapped Brits ease the cost-of-living...