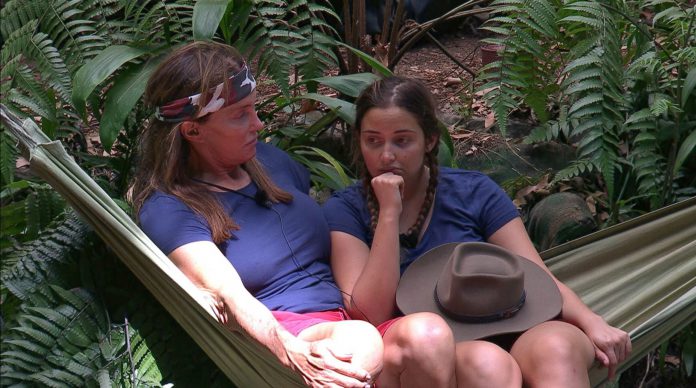 JACQUELINE Jossa has revealed she received a video message from Kylie Jenner just days after departing the I’m A Celeb jungle.

The former Eastenders actress, 27, was reunited with former co-star Roman Kemp on Capital FM this morning as she made the shock confession.

Jacqueline formed a close friendship with Caitlyn Jenner during her time in the famous jungle.

And when the show came to an end, the soap star couldn’t believe her luck after receiving a sweet video message from her famous daughter.

The mum-of-two recalled the moment she received a video from billionaire Kylie while on air with Roman.

He said: “Now tell me, because since youve been out youve been contacted by Caitlyn and Kylie [Jenner]. Youve got to tell me this story.”

She replied: “I was standing next to Caitlyn at the afterparty and she was like Oh hey give me your number. And I was like oh my god! Shes asked for my number!

“I was like really cas[ual] just gave it to her, thinking shes done that cleverly so I dont ask for hers, so Ill never have hers. And then she did the whole Its Caitlyn and texted me so then I had hers. And I was like oh my god! just cas[ual], cas[ual] just save it as Caitlyn and dont put Jenner, you know, all of that.”

The jungle Queen couldn’t have been more surprised after receiving a message from the make-up free KUWTK star following the number exchange.

She added: “The day I got home I got a message from her, a voice, a video and it was her just like Hey Jungle Jaq! Hope you got home ok! and then she was like Ive got someone here that wants to congratulate you!

Jac was shocked to receive a message from Kylie

“Then literally Kylie looking like a god- no make-up on either, she just looks amazing she peered over and she was like Jacqueline!. She said my name in an American accent and it was just incredible. She was like thanks for beating my dad! Youve done so well, Ive heard so much about you!.”

Earlier this week, Jacqueline opened up on staying in contact with former Olympian Caitlyn on Lorraine and said: “Were best friends.”

She won the ITV show earlier this month, beating fellow finalist Andy Whyment and Roman after a gruelling three weeks in the jungle.

Who shot Mercedes McQueen in Hollyoaks and is she dead?

Quarantine rules: All the exemptions for anyone coming into the UK from Monday –...

Strictly Come Dancing star breaks down in tears and has to be comforted by...