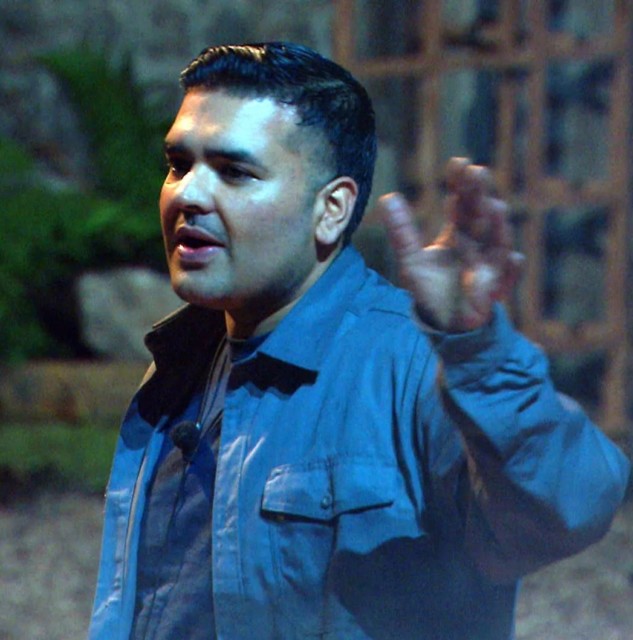 NAUGHTY Boy’s I’m A Celeb campmates appeared to have finally run out of patience with him.

The 40-year-old star, who has been dominating the trials for nights on end, was the subject of muttering from his co-stars on tonight’s show.

It came after Naughty Boy sparked a major conflict in the camp by attacking Kadeena Cox in a row over rice.

Seemingly upset at how much screen time he was managing to secure himself, stars including Danny Miller and Frankie Bridge suggested he was playing a game.

Frankie, 32, brought up the subject of his repeated trials, saying darkly: “Even when we sit here we know what’s going to happen.”

Questioning why the public wanted to keep seeing Naughty Boy do trials, BBC Breakfast star Louise Minchin asked: “Why do they find it interesting?”

Danny insisted: “He’s really entertaining – he knows what he’s doing. Either way it’s working so why would he stop?”

Some fans at home agreed, with one tweeting: “So even the other campmates think naughty boy is playing a game, interesting.”

Another wrote: “Can’t stand Naughty Boy. Clearly playing a game with all the drama on the trials. Absolutely loves the limelight.”

Naughty Boy, whose real name is Shahid Khan, has secured no end of screen time thanks to his dramatic reactions to trials.

He has also caused drama by rowing with Kadeena, 30, over the cooking and by making repeated threats to quit the show.

While he is clearly a hit with some fans, others have tired of him.

One viewer tweeted tonight: “Naughty Boy is either really stupid or playing a game. Either way he’s boring.”

Another urged other fans to stop voting him onto trials, posting: “Can we all agree to note vote Naughty Boy again unless it’s for voting your least favourite camp mate pls?”

He took on a trial alongside football legend David Ginola and EastEnders actor Adam Woodyatt.

However, they only picked up four stars, with some viewers blaming Naughty Boy’s lack of speed for the loss.

And, true to form, he was voted to do the Gross Vegas task alongside Matty Lee at the end of tonight’s show.

Emmerdale fans all say the same thing as Chas Dingle is caught cheating with...

When will Call of Duty Warzone Season 4 be released? Start time and date

Im A Celebs Ian Wright ended relationship with his sister 15 years ago but...