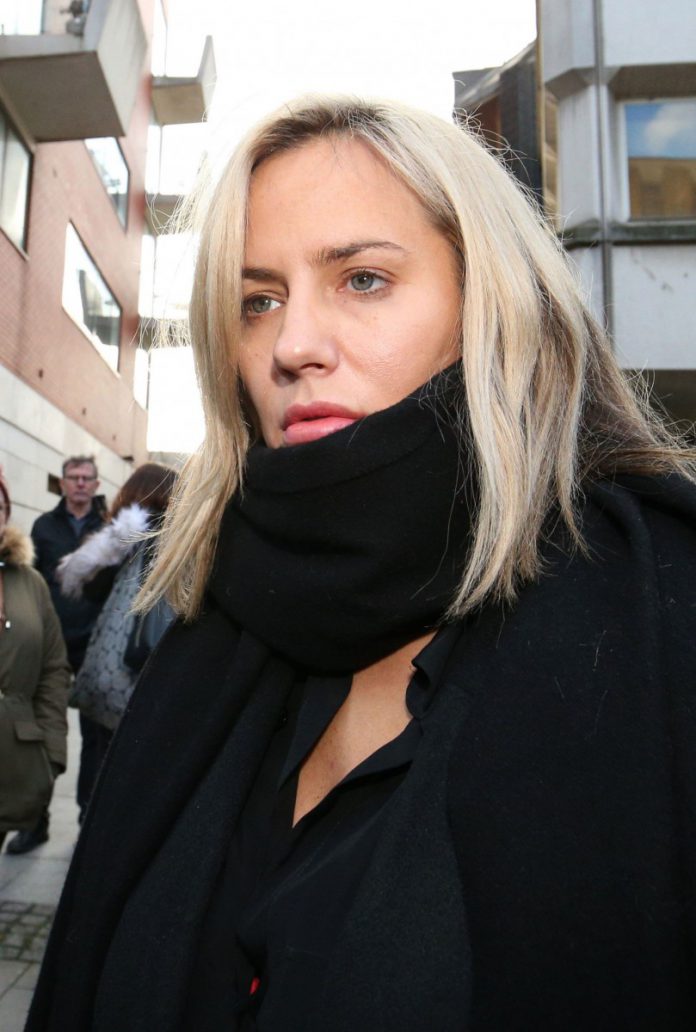 CAROLINE FLACK will spend Christmas Day as a volunteer at a charity for elderly people after being banned from contacting boyfriend Lewis Burton, it is claimed.

The ex-Love Island host, 40, will spend time at Golden Years, a Hackney-based charity for people who will be alone at Christmas, MailOnline reports.

Sources told MailOnline Flack is staying with pals in London after a judge ruled on Monday she couldn’t spent Christmas with Mr Burton, who she is accused of assaulting.

Tomorrow, Golden Years is hosting a Christmas Day lunch for 25 over-60s, according to the group’s Facebook page.

Last year, Flack posted a photo of herself volunteering at a church in Stoke Newington, North East London.

FLACK IN THE DOCK

During yesterday’s court hearing at Highbury Corner Magistrates’ Court, Flack wept as she was accused of assaulting Burton in his sleep after finding texts from a woman on his phone.

Her toyboy lover Mr Burton denied she smashed him over the head with a lamp in a jealous rage – insisting: “Arguments do happen”.

Cops found Flack and Mr Burton covered in blood “like a horror movie” after she attacked him over fears he was cheating on her, the court heard yesterday.

Prosecutors alleged she left him with a significant head injury at her North London home on December 12.

But Mr Burton, who was also in court to watch the proceedings, denied the allegations against his girlfriend in a Instagram post after the hearing.

The model and tennis player shared a loved-up image of the couple on Instagram, saying a bail condition banning them from seeing each other was “heartbreaking”.

The prosecution said Mr Burton told a 999 call handler “she tried to kill me” in a three-minute call after the alleged attack.

Prosecutor Kate Weiss told the court: “During the 999 call he said quite clearly that his girlfriend was beating him up.

“He is almost begging the operator to send help. He said ‘she’s going mad, breaking stuff, she almost cracked my head open.’”

Flack could be heard shouting “you ruined my life” and repeatedly calling him an “a***hole” in the background, the court heard.

After her arrest, Flack “flipped over a table and had to be restrained on the ground”, the prosecution said.

But Mr Burton doesn’t support the prosecution and doesn’t consider himself a victim, Flack’s lawyer told the court.

The prosecutor also claimed Flack “flouted” her bail condition not to have any direct or indirect contact with Mr Burton.

Ms Weiss said: “She breached this almost immediately by posting a message on Instagram by writing ‘to my boyfriend I love you’.”

Flack begged the judge to have a bail condition banning her from talking to Mr Burton lifted, but it was denied – meaning the couple will have to spend Christmas apart.

Moments after leaving court, Flack thanked her fans for their support in on her Instagram story.

She wrote: “Thankfully I know a lot of you will not believe all that you have heard and read following yesterday’s court hearing … thank you for your continued support and love….

“It’s going to be a relief when I am able to give my side of the story, when I’m allowed to x.”

Flack will next appear in court for her trial, which is expected to last a day and a half.

Farmers furious after ministers backtrack on vow to stop US selling chlorinated poultry in...