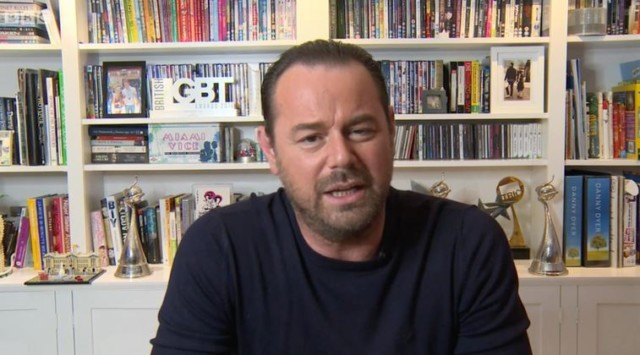 DANNY Dyer has slammed Love Island as a “pile of s***” after his daughter Dani’s relationship with Jack Fincham failed to last.

The EastEnders star made the comments during a feisty appearance on The Ranganation, saying he’d have preferred for her to have gone on Netflix’s rival show Too Hot To Handle.

The new reality show sees sexy singletons compete for a $100,000 prize by resisting the urge to kiss or have sex.

Admitting he’d rather Dani had waited to sign up for that instead, he said: “Yeah, also, the show’s a pile of s***, Love Island, so that was the other thing I was worried about.”

Jack and Dani were huge favourites with viewers on their way to winning Love Island in 2018.

However, last April, Jack insisted he’d always have love for ex Dani but “sometimes things aren’t meant to be”. Announcing their break up on Instagram Stories, he wrote: “There is no easy way to say this and it isn’t going to be an easy time but me and Dani are not in a relationship anymore.

“We have some amazing memories together and have been through a lot but sometimes things aren’t meant to be and we really did try to make it work but it unfortunately didn’t and that is life.

“That’s all I have to say, a break up is hard enough as it is for both of us let alone in public eye so I hope everyone is considerate and understands this. X.” Jack and Dani were inseparable for a time

The pair called time on their six-month romance for a brief period in December 2018 only to rekindle their relationship shortly afterwards.

Dani opened up about what had happened to trigger the split during an appearance on The Jonathan Ross show.

She explained: “When we first came out of Love Island, we moved into a flat together and we started filming [our own] show.

“It was sort of way too much and our flat became a work home. It was really hard because we weren’t having those exciting times where you miss each other.” She added: “With Jack, I didn’t know what was going to have happened. I rang his mum and I said, ‘I don’t know how you’ve dealt with him…’

“He’ll drink a can of coke and then leave it in the fridge, then I would get so upset about it and we’d be rowing over a towel, the row would be over a towel because I’d be like, ‘Where is your respect for me?’

“It’s always over something silly.”

Amanda Holden shows off her legs in a white dress and carries a huge...