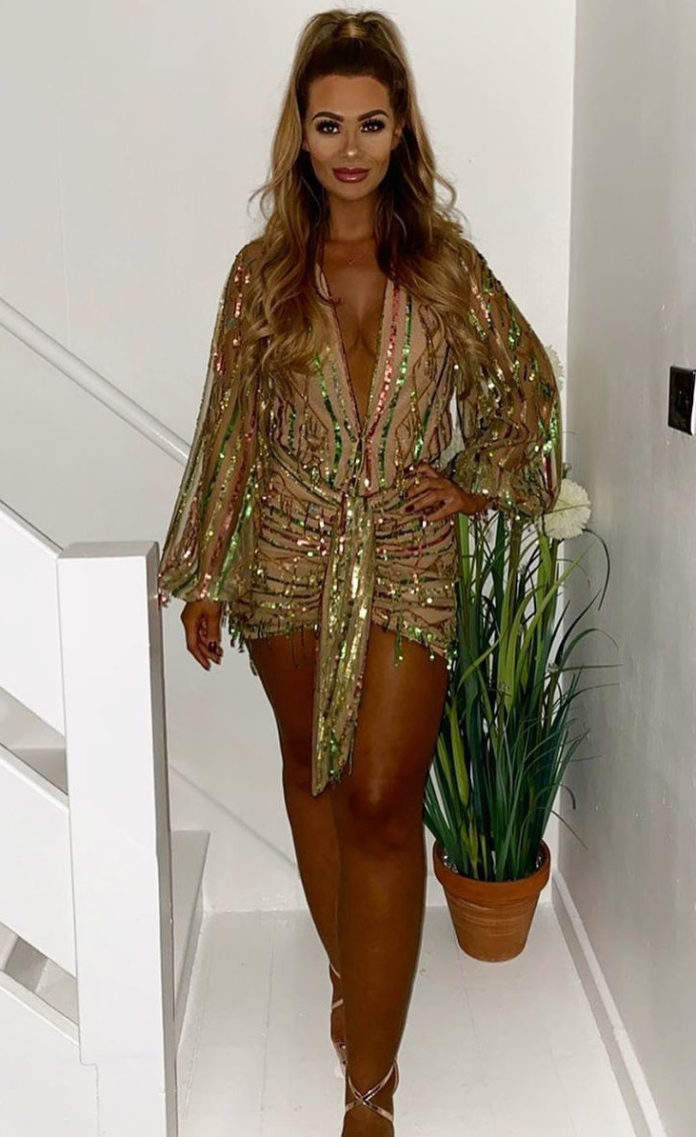 The 25-year-old partied until the early hours with pals in London as she celebrated the end of the show’s first winter series.

The Sun Online yesterday revealed Shaughna’s party plans as she reunited with her family friends and introduced them to her fellow Islanders – but her ex Callum Jones missed out on invite.

Instead he was up in Manchester with his girlfriend Molly Smith and latecomer Jamie Clayton.

But the rest of the Love Island 2020 crew were back in London where Shaughna threw a fun party for her special guests.

There was a “Congrats hun” cake, silver sequin wall and a pick ‘n’ mix stand.

Jordan Waobikeze caught up with his ex Islanders

Leanne joined the party too

Apart from Callum, Shaugna made sure everyone was welcome – including the Casa Amor stars.

Biggs told The Sun Online this week that there was a feud between the Love Islanders and Casa Amor contestants with separate WhatsApp groups – but Shaughna proved she was the glue holding the whole gang together.

She looked stunning in a plunging gold dress. Sharing a snap with fans, she wrote: “No glitter, just gold.”

They were seen partying with bottles of champagne and sparklers as crowds gathered round them in the club.

Meanwhile Callum was in Manchester

Molly and Callum weren’t at the bash after they got together while Callum was with Shaughna.

They met in Casa Amor and fell for each other instantly – but Shaughna was left devastated by the betrayal.

When Molly returned to the villa with Callum, Shaughna famously said “congrats hun”, which has now become the star’s catchphrase.

Weddings back on from July – but a maximum of 30 guests

Boris vows by summer Britain will be in a ‘different world’ as he hints...

Priti Patel says Labour MPs are being ‘racist’ towards her by accusing her of...

How to become a savings legend in your lunch hour when you are working...